The C-Suite is the very top of the organization.  Nearly every leader wants to make his or her way to one the coveted spots with an organization.  Not too long ago, the opportunity was limited.  There simply weren’t enough C-level jobs available.  That’s starting to shift.

According to LinkedIn, there are increasing ways to get in to the C-Suite.  57 different ways to be honest.

“Our LinkedIn Economic Graph team analyzed the hiring patterns for C-suite jobs, ranging from the long-time standards such as chief financial officer to catchy new titles like chief people officer. The findings point to a slate of fast-hiring titles that companies are recruiting for, often times to help them solve a core challenge for the business.” 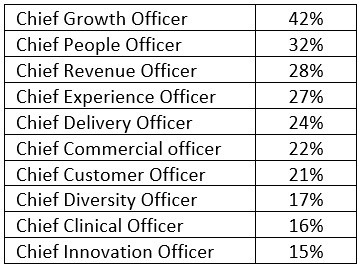 The professional social media site took a specific look at three of the roles including the Chief People Officer role.  They define it as going “well beyond” the traditional HR role in that it touches on other areas within the human resources function such as company culture, acquisition strategies and more.  Furthermore, the role is growing faster in some industries than others.

LinkedIn also looked at the top 10 fastest-hiring C-Suite titles among women.  All three HR-related positions were in the top five. 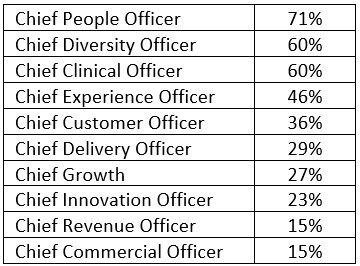 This brings up an interesting topic.  While women continue to break the glass ceiling, there is a concern they are setting themselves up to be thrown off a glass cliff.  According to Fast Company, Michelle Ryan and Alex Haslam of the University of Exeter came up with the concept.  During a study, the two reported during periods of stock market decline, more women were appointed to leadership positions “when those companies experienced bad performance in the preceding five months.”  If things did not improve under their watch, the women faced more backlash.  To be more precise, the women broke the glass ceiling only to be pushed off the cliff.

Want to know more about diversity in the workplace?  Click here to watch the webinar.

Other studies have proven Ryan and Haslam correct.

It is possible to do away with the theory altogether.  According to Susanne Bruckmüller, a research associate at the University of Erlangen-Nuremberg, and Nyla R. Branscombe, professor of psychology at the University of Kansas, the more women hired in to leadership positions, the higher the chances of the glass cliff disappearing.  That’s because people will get more used to women leading from these roles.  As a result, women will face the real chance of being hired in times of high performance rather than low performance.

NEXT:  Diversity at the Core of the Network

Bryan McComak: In HR, a Variety of Lenses Help You Figure It All Out
DEI: 4 Best Practices for Organizing Effective Employee Resource Groups
U.S. Companies Step Up to Hire Afghan and Ukrainian Refugees
How to Help Women Lead the Workplace Authentically
Viewpoint: Businesses Must Adjust to Fill the Talent Gap