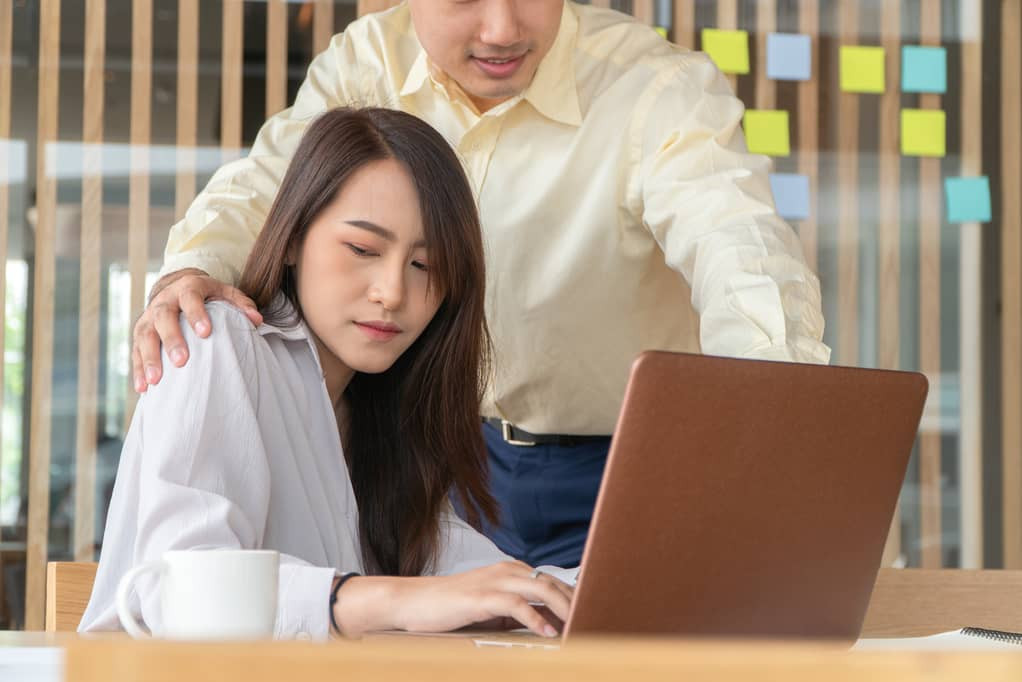 Remote work brings the office online and when it does, it brings all the realities of the office with it.

You might be tempted to think that because in-person interactions are non-existent in this new remote work landscape, harassment dwindles with it as there are no opportunities for inappropriate touching and fewer opportunities for the sort of behavior that might constitute bullying or violations of someone’s space.

On the contrary, the remote workplace has already seen an uptick in cyberbullying and virtual harassment. An article from Bloomberg noted that workplace surveillance vendors have already seen increases in impropriety among employees working from home in the finance sector amid heightened stress in financial markets.

The problem isn’t new or unique to the COVID-era workplace. Last year, luggage startup Away was at the center of a cyberbullying scandal that saw executives create a toxic culture via the popular communication platform Slack. However, the COVID era has led to an explosion in the amount of people working remotely, thus increasing the probability of that these types of behavior proliferate.

Anyone familiar with microaggressions common to the workplace knows that virtual workspaces can be just as accommodating to bullying as physical spaces. Where someone might have to commit to a brazen act like storming out of a meeting room or berating someone in front of colleagues in the office, video calls and virtual meetings facilitate private chats that can become toxic on a personal level as they create an illusion of privacy and disconnecting or tuning someone out can be done with a click of a button.

Workplace bullying can take many forms. It could be a manager excessively putting someone on the spot to exert pressure on them in front of colleagues. It could be pressuring someone to be on video when they don’t want to or critiquing their appearance and the state of their home when they do.

The examples of workplace bullying are numerous.  As people are placed under more stress due to uncertainties around job security, health and the blurring of work and home lives, the expectations, communication norms and thought processes that go into work duties can change with it and lead to changes in behavior.

Workplace incivility has been on the rise for a number of years. A 2017 survey performed by Rand found that 20% of Americans said they faced a hostile or threatening social environment at work. This can be further complicated by people’s views around the politics of the time, which have now come to include social issues surrounding race, the police, Coronavirus itself and the obligation to wear a mask. It’s a highly politicized environment and as election season beckons, even a comment here or the wrong reference there can send someone on a tangent that spirals out of control or causes them to become aggressive toward a co-worker.

As you might expect, sexual harassment doesn’t diminish in an environment where one doesn’t have to be so bold as to touch someone or say something to their face. Interestingly, the Bloomberg article noted that economic vulnerability and insecurity has a direct tie to harassment. Harassment cases increased substantially in the wake of the Great Recession in 2008, something that could follow suit in the coming year as the economic fallout of the pandemic becomes clear and potentially puts more people’s future in question.

As people stress about their professional future and physical health and safety, they may lash out in unexpected ways toward the people around them. Some examples of misconduct in the COVID era center around people not being properly dressed for video meetings or asking employees to take calls at unusual times and suggesting they take the call in their pajamas or while lying in bed.

Additionally, employees need to be more conscious of the way tone is interpreted in text communication as opposed to the way someone can pick up sarcasm or a joke in person. And all of this, regardless of platform, is now able to be recorded in a way that simply wasn’t possible in many in-person instances. Employees need to be aware that collecting evidence of their misconduct has never been easier and as such, they should maintain a strict decorum with colleagues at all times.

Decorum and expectation setting come down to culture. Without clear guidance, ongoing training and documentation for employees to reference, there is bound to be an incident that isn’t addressed properly. Providing these things requires an ongoing commitment as does another important facet of a good anti-harassment policy; taking reports seriously.

While many employees are aware of sexual harassment policy and reporting mechanisms, a significant number of them hesitate to report the incident over fears that it won’t be taken seriously. In order for any efforts around addressing harassment to be effective, reports of misconduct have to be handled with sincerity and in a timely fashion, complete with thorough investigations and evenly distributed repercussions for violators.

A vital step in getting people to report issues is creating a reporting process that is easy to complete and clear. Employees should be encouraged to familiarize themselves with the process itself as well as the tools to complete it. Training should make clear what the next steps will consist of so that they know what to expect.

Anonymous reporting should also be facilitated. A report from SHRM in 2018 noted that anonymous hotlines accounted for 57% of misconduct reports.

Without this commitment to enforcing harassment rules, emphasis on establishing a safe workplace will be seen as nothing more than lip service and negatively impact company culture. The previously mentioned trainings should address these consequences and clear up any ambiguities.

As workplaces become more dynamic, with employees splitting time between offices and home or as they work more with remote colleagues, the consistent addressing of virtual misconduct plays heavily into maintaining employee engagement as well trust in the organization and commitment to work.

Where To Invest in Recruiter Training Now
Should People Analytics Take Over Human Resources?
What Is Rage Applying in HR?
CEO Mentoring Initiative Works with Mentees from Diverse Populations
UK: Are You at Risk of Being Laid Off?