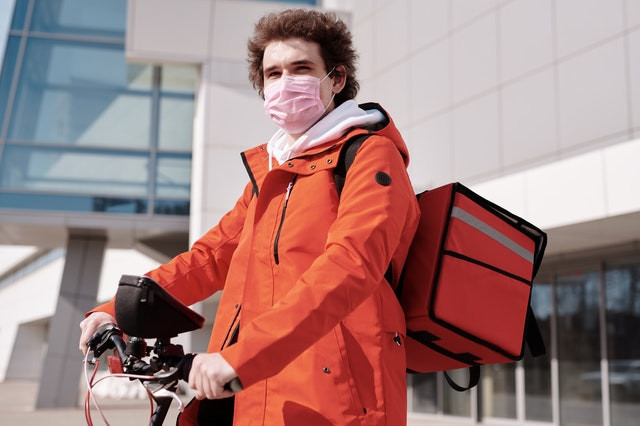 Don’t let it get you down. That appears to be the mantra of many workers around the world amidst a global crisis unlike anything they’ve seen before.

Recently, ADP released a study titled “People at Work 2021: A Global Workforce View.” In it, they asked 32,000 workers in 17 different countries a series of questions to understand more about their views of their work, the gig economy and other trends impacting the COVID work landscape. It examines the impact the crisis has had on five dimensions of working life: 1) worker confidence 2) workplace conditions 3) pay and performance 4) mobility and 5) gender and family.

Reality of Keeping Calm and Carrying On

Despite all the furloughs, layoffs and the length of the unemployment line, many workers remain optimistic about the next half decade. Of respondents, 86% say they feel good about what the next five years holds. While that number is good, it’s down from 92% last year and is not shared across demographics, with Gen Z workers struggling for confidence and belief.

Almost 80% of Gen Z respondents felt their work loves had been impacted by the pandemic, with 40% reporting that they’d lost work through furlough or layoff. Optimism among this group fell the most, around 10 percentage points as a result. Three quarters of them have high levels of anxiety around job security and are overstretching themselves to demonstrate their value, taking on extra work over longer hours.

The amount of unpaid overtime people are putting in has increased by more than 9 hours per week on average as a result, with 46% of respondents reporting that they have taken on additional responsibility at work. The one benefit, however, has been the number of workers who feel they can now take advantage of flexible work arrangements at 67%.

On a performance level, the workforce has largely stepped up to meet whatever challenges COVID has thrown at their organizations. Around one-fourth of respondents have taken a new role, with Gen Z proving to be vital assets in the quest for agility as more than one-third of them have changed roles. Almost 70% have reported receiving a raise as a result.

We hear often that the gig economy is growing and during COVID-19. It largely has with many who have been forced out of traditional roles due to childcare or layoffs picking up gig work due to its flexibility. Around 54% of the global workforce reports an increased interest in contract or gig work during the pandemic, citing increased opportunity for gig work and the fact they have the skills necessary to do it.

Older workers and Gen Z are the ones embracing it the most, but around 83% of the workforce says that given a choice, they would prefer a traditional job over contract work. It’s one of the few statistics that remains unchanged from a year ago.

The study also notes that within the U.S., interest in gig work is actually declining. This may be for a number of reasons that weren’t clear in the ADP study, be it reliability of the work or the lack of benefit offerings, however, it’s something that doesn’t come as a surprise to the current administration, who are looking to expand worker protections and support organized labor movements to increase gig worker rights.

Meanwhile, it has been women who have needed flexibility the most. All too often the burden of childcare has fallen disproportionately on women and it’s something that employers and American culture as a whole have failed to address. To stem the tide of women leaving the workforce, ADP’s Chief Economist Nela Richardson advises that companies begin to think about childcare as a matter of infrastructure.

The most important infrastructure you can have for women is dependable, convenient and affordable childcare,” she said. “Some people are paying more for childcare than they are for rent or their mortgage.”

Employers in search of new talent could do with examining childcare benefits as a way to attract talent. According the survey, 15% of working parents report that they or a member of their household has already stopped working voluntarily, rising to 26% for those with children under one. A majority of women and parents report having to make a compromise between their work and personal lives.