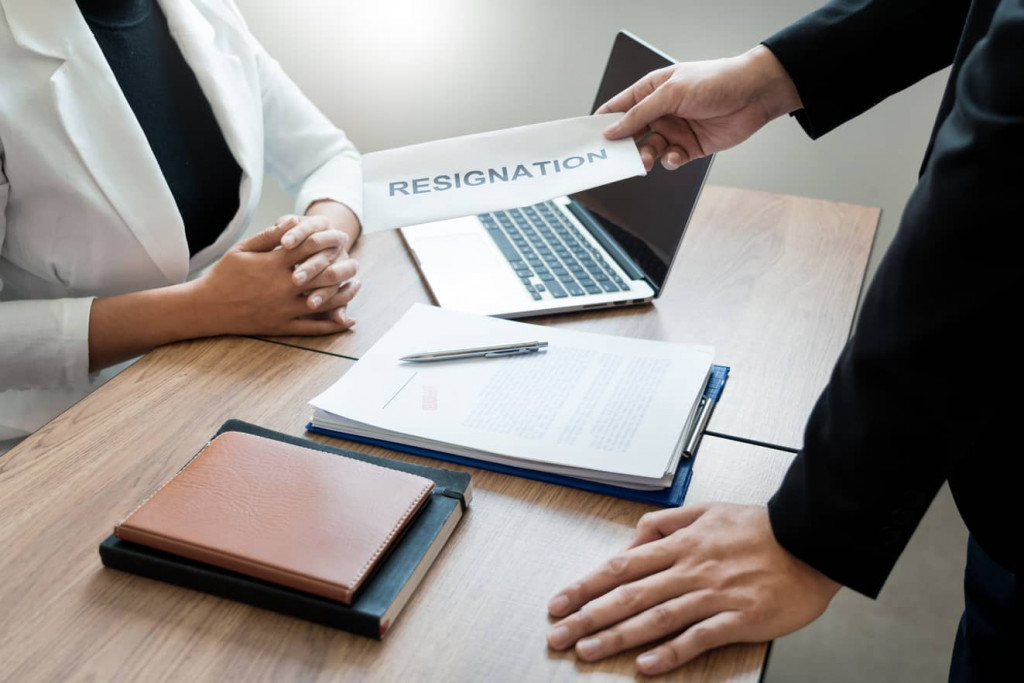 The reasons why vary as much as people’s opinions about it. The lowest of opinions blaming Millennials and Gen Z for wanting what they assume is “instant gratification” or worse yet, people wanting to stay on pandemic era relief programs created by the CARES Act. The fact is, however, there’s more to the story than this idea that people are either lazy or entitled.

To not recognize this fact is to stubbornly insist that all is and has been well in our organizations in recent years. To believe it, you must assume that people were happy pre-pandemic and that the only thing the experience of the last 16 months has changed for them is their work ethic.

Data, however, shows otherwise. The fact is, while 4 million quit in April, more than 6 million were hired. According to Indeed.com’s Hiring Lab, job postings have been higher than pre-pandemic levels since March, leaving workers with a vast array of opportunity. It’s only natural that many will want to strike while the iron is hot, fearing the market may be different before the end of the year.

In some industries, there was always going to be a post COVID issue with resignations, none more so than healthcare. One healthcare executive I spoke with recently noted that they already had a talent shortage pre-COVID, but the pandemic only exacerbated the issue as it caused healthcare professionals to begin to question their futures. The crisis provided a new perspective on what people want to do with their finite time in life.

Perspective has come for many due to the severity of the crisis. Many employees either were sick themselves or had loved ones who were sick. Many have felt firsthand the impact of the death toll, which now stands at more than 4 million people across the globe and more than 600,000 in the U.S. alone.

The context that life is short and never guaranteed is a game changer for people who find their work unsatisfying. Analysis paralysis about one’s future or complacency can clear up quickly when someone gains such a perspective.

“We’re evaluating our lifestyle choices, our values around how we spend our time and what we want to be contributing to the world,” Jan van der Hoop, President at Fit First Technologies said. “And the truth is that there’s a huge segment of the population that has been going to work for jobs that they can do but they aren’t excited about. Right now, there’s an opportunity for them to level set around what am I prepared to put up with even in the course of the day to day work? I think what you’ve got now is a call to action to employers to fix jobs that have been chronically unsatisfying.”

That’s one reason why retail and hospitality, with notoriously low wages and unrewarding work product, are struggling to not only retain their workforce, but fill empty positions left behind by people who have sought out new opportunities.

Meanwhile, hiring for HR positions has increased significantly in recent months. It makes sense as this is a dangerous moment for employers. Talent can create a certain level of enterprise risk, and the fact is, conducting business without qualified and engaged talent has serious ramifications. For too long, a sense of complacency has set in among many businesses who built their employer brands on the assumption that employees either will want to work for them because of their reputation or in some cases, because they have no other choice.

Another piece of the puzzle is that this issue has long exacerbated by non-compete clauses, limiting the possibilities for people to leave to a competitor. But news broke this week that President Joe Biden has signed an executive order that instructs the Federal Trade Commission to ban or limit non-compete clauses. This could result in even more movement in the labor market as workers exercise a newfound ability to go wherever the best opportunities are.

In the end, all of these events point toward employees having the advantage.

“Whenever there are lots of job openings and resignations happening, employees gain power,” Anthony Klontz, an associate professor of management at Texas A&M University’s Mays Business School, said in an interview with the Boston Globe. “As soon as you decide to quit, the power sort of shifts in your favor. In a lot of cases, I think employees will use it to ask for work arrangements that they really want. You can imagine employees requesting more balance between their family and their work, better boundaries, sabbaticals. I think we are going to have increases in pay, more creative benefits, more work flexibility.”

Employers are hiring and many are offering attractive possibilities for the future. Bank of America has committed to raising its minimum wage to $25 per hour by 2025, for example.

With so many hiring and the clock ticking on the fully remote work environment at some companies, it seems there has never been a better moment to move for many workers. As the fall rolls around and schools fully reopen, many will see their employers demand they come back in to the office and the waves of resignations may well continue to pour in.

One interesting wrinkle is where people are going right now. The competitor factor hasn’t quite kicked in as the executive order is fresh, leaving many employers wondering what their talent is leaving for. Van der Hoop noted that many of Fit First’s clients have been noting that they’ve been having great success hiring people from non-traditional backgrounds, but they’re people the business wouldn’t have looked at previously based on their resume.

A relaxation around an emphasis on previous work experience coupled with creative approaches to talent development is leading to employers finding a great amount of talent that they weren’t seeing previously due to preconceived rules the company had around expectations and qualifications.

One CHRO from a regional credit union I spoke with during a recent conference relayed that they’d actually been benefiting from the exodus of people leaving the restaurant industry, saying “everywhere I go I see help wanted signs everywhere, but we’re not struggling to find high caliber front line employees. People don’t want to work nights or weekends, they don’t want to live on tips, they don’t want someone treating them poorly.”

Retention May Be a Losing Battle

HR folks talk a lot about employee retention, but it’s become a great struggle as younger workers average just over 2 years with a company. Many of them view long term stays at a company as a form of stagnation and struggle stay motivated by

On a recent edition of the HR Exchange podcast, former VP of Talent at LinkedIn Steve Cadigan noted that younger workers want to move because they feel they increase their value through experiences and through building their networks. He later questioned whether or not trying to retain people was the right approach.

“Long term retention may not be a goal worth aspiring to,” Cadigan said. “Of course I want to keep my best talent, but no one believes talent is just going to stay longer. Maybe we need to recognize is that what someone wants is to be viable for tomorrow. In the past, HR might take the view that improving someone’s education might make them more likely to leave, but what if they’re going to leave anyhow. What’s the cost of not training them? And if you can make them more valuable for the future, maybe they’ll stay longer.”

Watch the full interview with Cadigan below!