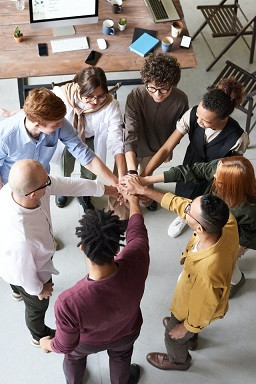 You’re just as likely to hear about how essential diversity, equity, and inclusion (DEI) training is to any workplace in 2021 as you are to hear that it is all utterly ineffective.

Discover a few ways that DEI initiatives can go wrong and what you can do to correct them:

Be a DEI Problem Solver

First, good on you for actually gathering data on the results of your initiatives. Often, DEI training is used as a fig leaf to shield companies from lawsuits. No matter what, it’s crucial to measure your DEI initiatives to make sure that they are having the impact you hope that they have.

Second, the problem isn’t that DEI training itself is ineffective. The problem is that the particular DEI training that you’re mandating isn’t effective. As is the case with any kind of instruction, if it is short-term, it’s unlikely to be effective. One study indicates that the effect of some implicit bias training dissipates in mere hours.

Solution: Rather than relying on one-off sessions, try to make DEI a more regular part of company life. Find ways to weave DEI education into the routines of the company. For instance, have employees complete a few DEI microlessons every week. Provide them with free resources to empower them to educate themselves.

READ: How the Work Opportunity Tax Credit Fits Into Your DEI Plan

It’s understandable why some employees don’t like some forms of DEI training. For instance, providing employees with a list of dos and don’ts, especially without explaining why, is a recipe for disaster. Most people don’t enjoy the feeling of being controlled in the workplace. If you’re taking a top-down perspective on training, it probably won’t work. DEI training, when it’s enforced from the top-down, is less likely to be effective. If your white male employees feel as if they are being lectured or chided, then DEI training can actually backfire.

This one is counterintuitive. If DEI training is an optional part of their professional development in a diverse workforce, employees might actually be more receptive. The key is to put employees in a position that flatters their self-image as champions of diversity.

In fact, make sure you’re not relying only on training. Try to engage managers in actually solving the problem by increasing their on-the-job contact with female and minority workers and promoting accountability. Put white and/or male managers in a position to advocate for women, non-binary, and minority employees, for instance, through mentorship. Once the white male managers are in a position to advocate for those with less privilege, you’ll likely find that their biases change.

If you find ways to make DEI bottom-up, rather than top-down, your team will be more receptive.

READ: How to Address Microaggressions in the Workplace

Problem: In spite of your DEI training, you’re still unable to hire a diverse workforce.

This is a common problem. You’ve bought into DEI. The employees feel like they’re benefitting from trainings. Yet, your company still isn’t diverse.

Also, be cautious about so-called “objective” or “race-blind” performance measures. These are often much more racist than they appear. Even asking someone their race before a test can produce disparate outcomes because it can make some black applicants feel as though they have something to prove. Instead, think a bit more critically about whether your hiring practices are race-blind or actively anti-racist.

Photo by fauxels for Pexels