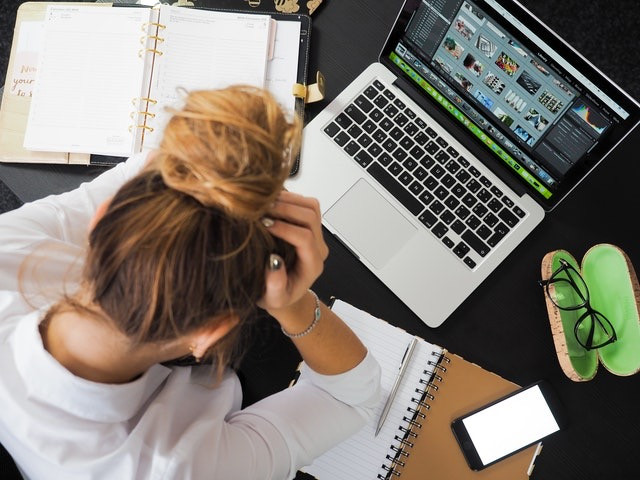 Theories abound about why workers are leaving their jobs in record numbers in 2021 and thus creating what pundits are calling the Great Resignation. The U.S. Bureau of Labor Statistics reported that 4.3 million Americans quit their jobs in August. These resignations continue to be higher in food service, retail, and education.

One popular opinion was that people quit unexpectedly and did not look for a new job because of the generous unemployment benefits instituted during the pandemic. The claim was that the job market would return back to normal once those benefits were phased out.

Even though the benefits ended over Labor Day weekend, there has been no significant recovery in employment. Twenty states actually stopped the benefits over the summer and have seen no improvement since then either.

READ: How Human Resources Can Help Solve the Labor Shortage

So what’s really behind this trend? According to economists and labor market experts, American workers are soul-searching.The Great Resignation is a philosophical reset of work expectations.

Heather Long, an economics correspondent from the Washington Post, spoke with CBS News recently to discuss her reporting on the Great Resignation.

She said some workers are still concerned about COVID-19, yet that fear may be waning with the increase of vaccinations coupled with decreased infections. Many others simply want to change what they’re doing with their lives.

Lower wage workers are protesting over substandard pay and harsh work conditions, but even mid-level workers who earned higher salaries and better benefits are leaving to open their own businesses or pursue their passions.

Long said that the two biggest priorities for Americans are finding something different or more fulfilling, and working for an employer that values both mental health and work-life balance.

READ: The Great Resignation: How to Prevent Employee Burnout

What does this mean for companies?

Offering higher salaries to job candidates may seem like an obvious fix to the problem, but be prepared for the needle to barely move as a result. And it’s clear from the last few months that unemployment benefits weren’t holding workers back either.

“The early evidence certainly suggests that the unemployment benefits were not the main reason holding people back from going and seeking work again,” said Long.

Instead, the Great Resignation has proven to be more about personal values and less about economics.

The Great Reassessment of Work in America

In her interview, Long described what’s happening as a” great reassessment of work in America,” and one of the “biggest shakeups of the labor market since World War II.”

It takes a significant or traumatic event like a pandemic or world war to get people questioning their lives and how work fits into it. So much about the workforce changed in the mid-1900s. Americans were still reeling from The Great Depression only a few years before the war that caused unemployment rates to skyrocket to 25%.

The start of the war actually got things moving again. Factories were established to produce weapons and supplies. More Americans, including women who were previously expected to be stay-at-home wives and mothers, went to work to support the effort. A majority of the workforce became permanently industrialized in that decade.

The American workforce was never the same after World War II, and many experts are pointing to a similar shift today in 2021.

Advice for HR Professionals and Companies

Knowing the root causes of “The Great Resignation” will help HR departments and companies truly solve this labor crisis. Money is important. Everyone needs to pay their bills, and it would be nice to have a few extra dollars to take an extra vacation or buy a more expensive car. But don’t make the mistake of thinking it’s all salary that will bring back workers.

Even if some employees return for a higher salary, it will only keep them engaged in the short-term. When they eventually quit again because of burnout, companies will be back to square one.

Younger workers from the Millennial and Gen-Z generations are leading this trend. Besides the money, they want to feel safe and well-compensated. They want to be treated with decency by employers, who care about their mental health and personal downtime.

READ: Q&A: How to Make Mental Health and Wellness a Top Priority

HR professionals need to work with companies to ensure more emphasis is put on the human part of human resources. This will help bring workers back, and ultimately improve company output into the future.

Photo by energepic.com for Pexels

What Is Empathy in Human Resources Management?
10 HR Trends for 2023
Transgender Surgery Ban in North Carolina Struck Down
What Will HR Look Like in 2030?
Justices Appear Split on Case Involving LGBTQ Rights and Religious Freedoms