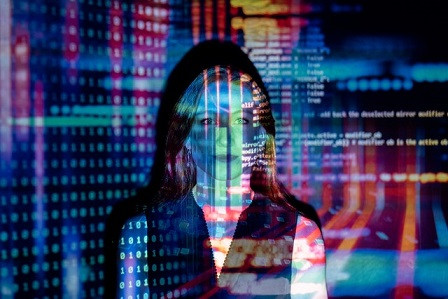 Today’s world moves quickly, with constantly-evolving technology and a business landscape that seems to change dramatically every few years. One of the departments hit the hardest is Human Resources (HR).

The development of tools that can help track employee progress, performance and engagement, among many other important elements of the employee experience, have been an incredible boon to the HR industry in general. But implementing those new tools, technology, analytics and embracing the change can be a difficult task.

This is especially true in organizations that tend to be resistant to fully changing the way they operate by embracing digitalization and instead opting for digitization and hoping that will be enough to keep up with the times. Unfortunately, the two concepts, while similar at first glance, are quite different, and it is digitalization that is driving transformation.

READ: How to Choose the Right Learning and Development Technology

Digitization is the process of taking something material and transferring into something digital. It is most commonly used to describe the process of moving from traditional hardcopies to digital storage, and while it is a good best practice to explore, it does not herald the kind of reinvention that will keep businesses thriving in this new landscape.

Digitalization, on the other hand, is something far more complicated. Digitalization is the process of using digital technologies to transform a business model as well as business processes to favor the digital realm, according to Gartner. While the concepts are often conflated or used interchangeably, they describe different processes and have different goals.

To truly embrace the new tools that technology has brought the industry, HR must focus on digitalization and make a commitment to shape their daily processes to favor digital storage and function. Digitization might be part of that journey, of course, as records are shifted from physical copies to digital, but digitization alone only addresses one small issue that modern businesses experience when attempting to implement new ideas and technologies into an old office model.

READ: 3 Reasons You Should Invest in Virtual Reality Learning and Development

Many might read the above and wonder why the difference matters. There are a few different reasons to understand the scope of each term. Digitalization has many different goals and objectives to hit to effect lasting change. Identifying what those mean for your business, as well as how best to meet them, better enables you to transform the core processes of the organization.

According to a recent Gartner report, digitalization is perhaps the biggest challenge currently facing heads of HR and many professionals are stuck between the quick fix (digitization) and a thorough reimagining of the way they do their jobs. When acquired before the attempted change begins, knowledge of digitalization and everything it entails can optimize planning and goal-setting.

Embracing digitalization can be difficult, but every goal met pushes the business one step closer to being able to use new technology and techniques to their full potential. Instead of different aspects of the department operating independently – recruiting, onboarding, and the employee experience, for example – digitalization allows the creation of a unified and comprehensive digital workplace that integrates state-of-the-art technology into daily business processes to raise productivity to a whole new level.

Photo by ThisIsEngineering for Pexels

From Cashier to HR Manager: How One Immigrant Made It Happen
Circle K to Pay 8 Million for Disability, Pregnancy and Retaliation Charges
What Is Empathy in Human Resources Management?
The HR Guide to Layoffs
Best Insight on HR from Talent Management Leaders