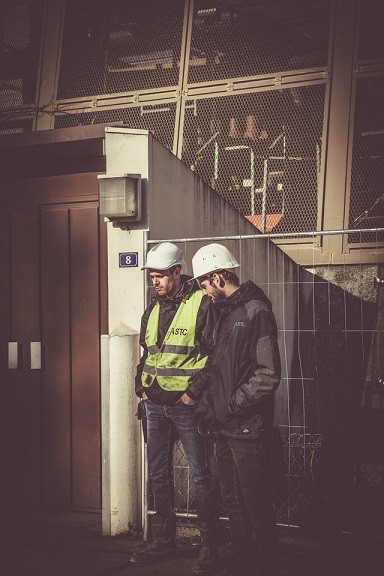 Union enrollment has been dropping for the last three decades, yet several recent high-profile union votes have companies wondering whether labor is finally making a comeback.

No one has to guess what changed in 2020. The collective trauma of the COVID-19 pandemic forced workers to question their lives and careers. The Great Resignation followed, and workers now have more leverage in negotiations.

President Joe Biden has communicated his support of American unions, stating in response to a recent labor dispute at Kellogg’s that “unions built the middle class of this country. My unyielding support for unions includes support for collective bargaining, and I will aggressively defend both.”

READ: What You Need to Know about Labor Unions

Taken together, these factors have opened the door for unions to reclaim lost ground. Learn what’s happening with unions and what companies can do about it:

The Rise of Labor

Reports from across the country show employees are ready to explore organizing. Workers from a Starbucks in Buffalo, New York voted to form the coffee giant’s first-ever union on Dec. 9. The vote wasn’t unanimous but it passed. These Starbucks workers will eventually join Workers United, which is part of the Service Employees International Union.

Three additional locations in Buffalo and one in Arizona are now following in their footsteps. Starbucks operates 8,953 stores in the United States, any of which could try unionizing if these early efforts are successful.

Amazon workers in Alabama lost a union vote in November that was later overturned by the National Labor Relations Board (NLRB) because votes were collected in a “mailbox in front of the fulfillment center.” They said it amounted to “intimidation and interference.”

New unions have even surfaced in big tech, which is highly unusual. More than 400 engineers and workers at Google secretly formed a union in January named the Alphabet Workers Union. Whether it’s new unions being formed or more established ones expanding their ranks, employers need to take note.

How Much Power Do These New Unions Have?

Public sentiment is in favor of labor, but how much power do these new unions possess?

A recent Gallup poll found that unions have a 65% approval rating among American workers, the highest since 2002.

Winning a union vote is an exciting first step, but it’s the first in a long process.

In the case of the Buffalo union, Starbucks will be able to appeal the vote with the NLRB. If they don’t, the NLRB will certify the union and there will be a legal obligation for collective bargaining.

But, union-negotiated contracts can take years to finalize. Workers are also facing off against a company that is opposed to them in the first place. They can expect to be stonewalled unless membership swells or there is external political pressure to bargain.

How HR Can Handle Unionization

Most companies want to avoid organizing at all costs but the fact is unions deal with the very same issues as employers. These are the issues that caused The Great Resignation and spawned union interest in the first place: stagnant wages, worker shortages, poor benefits, unhealthy conditions, and workers’ rights.

Unions could be the unexpected allies companies need to bring people back to work. These things will need to be worked out with or without union involvement. With the support for labor at an all-time high, it’s not clear when or where new unions will emerge.

HR professionals should always be prepared for the possibility of unionization by staying on top of current labor law. This is different from the employment law they usually deal with. Dealing with a union certainly complicates things for HR and there are a number of pitfalls to consider:

No company can prevent employees from organizing and HR departments should be prepared to make any transitions to a unionized environment. The best resource for collecting information or preparing for possible unionization at your company is the National Labor Relations Board.

Photo by James Frid for Pexels

Canada Prohibits Wage-Fixing, No-Poach Agreements
What Will HR Look Like in 2030?
Transgender Surgery Ban in North Carolina Struck Down
10 HR Trends for 2023
Circle K to Pay 8 Million for Disability, Pregnancy and Retaliation Charges