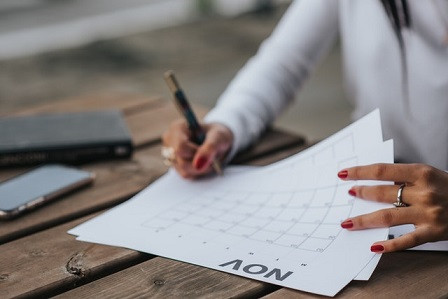 Unlimited PTO or unlimited paid time off is a benefit that allows employees to take as many days off as they would like in a given year. That sounds like a dream for employees and a nightmare for employers. After all, what would stop an employee from taking all but a few days off in any given year?

For starters, many employers still have a process for requesting time off. In other words, employees still need approval for their requested vacation days. There are rules laid out about the approval process and what’s an appropriate ask. Of course, employees cannot take off so much that they are unable to perform their functions normally or end up disrupting the business. Anyone who takes advantage of unlimited PTO does so at his or her own risk. You could still lose your job if it ends up influencing your performance and outcomes.

READ: 7 Innovative Benefits for HR Leaders to Consider in 2022

What Is Unlimited PTO?

The main difference between traditional PTO and unlimited PTO is that employees can ask for time off whenever they need it without a limit to the number of days they can take annually. Often, this policy kicks in upon being hired. So, you don’t have an accrual policy based on seniority.

Even before the pandemic, many employers considered offering unlimited PTO. Indeed reported that job postings with unlimited time off rose by 178% from May 2015 to May 2019. The idea is that employers trust their employees to use prudent judgement. It also fits into an economy that increasingly turns to gig workers, who have more scheduling freedom than their full-time counterparts.

“In a nutshell, companies that make a meaningful effort to help employees unplug and recharge – and to feel trusted to decide when they need to take time off – can see improved employee engagement and possibly even increased productivity,” according to Indeed.

The Downsides to Consider

However, there are always going to be some people who get an inch and take a mile. Other issues with unlimited PTO are also giving HR leaders pause.

“I know it seems enticing to some junior employees,” writes Tero Isokauppila, founder of Four Sigmatic, in Forbes. “But from what I’ve seen, unlimited PTO usually results in two types of employees: 1. The never-working employee, putting in minimum effort and hard to reach and 2. (More common) The always-working employee, who never takes time off because it’s not modeled and there is NO incentive to take any particular number of days. It’s human nature to want to know parameters in order to feel free within those boundaries.”

In fact, the BBC recently published a story “Why it’s so hard for US workers to ask for time off.” The reporting showed the dichotomy between what workers want and what they actually do when they get it. One in three Americans said they would take a pay cut to get unlimited vacation days, according to the 2019 Vacation Confidence Index. That was pre-pandemic and people were already wishing for more PTO. Yet, the BBC also found that unlimited PTO can actually keep workers from taking leave because there is a lack of formal rules.

“Even in cases where workers can take as much paid holiday as they want, they tend to take less holiday than workers with a fixed number of days,” according to the BBC.

Part of the problem is culture. In the United States, many people still associate a good work ethic with burning the midnight oil. Also, people look around and see that their managers are not taking vacation time, so they avoid it, too, for fear of retribution or at least being passed up for a promotion or raise. Finally, with fewer people doing more of the work, there is truth to the idea that certain work will pile up while you’re gone. No one wants to take a vacation only to return to a mountain of work that will ratchet up the pressure. As a result, in 2020, one-third of American paid time off went unused on average, according to The New York Times.

“A 2021 study into worker satisfaction showed while some workers were dissatisfied with the amount of PTO they received, they were unhappier about stress at work, pay, retirement and health benefits, and promotion chances.”

Some employers are nixing unlimited PTO and opting instead for mandated relaxation time. This is the idea that the whole company shuts down for a week at a time, so no one feels pressure to check in or stay on top of emails and client calls during time off. Some are simply having everyone take off over the week between Christmas and New Year’s Day. Others close down for a week each quarter.

The Benefits of Unlimited PTO

All is not lost for those who choose to offer unlimited PTO within reason. One year after Indeed rolled out its unlimited PTO policy, employee vacation days increased by 20%, but the company saw great successes, too. Specifically, it increased head count, opened new offices, and boosted monthly visitors to its website. It promotes its decision to provide unlimited PTO.

Ultimately, unlimited PTO is a great benefit to offer at certain organizations. You have to recognize if your company’s culture is a good fit for this benefit. For instance, if the C-suite executives never take vacation time, then unlimited PTO might not work for you. After all, they model the behavior that the others will follow. No one will take any vacation if they don’t.

On the other hand, if executives are willing to encourage taking PTO and model the behavior themselves, then this type of benefit might be a good one to add to your roster. It saves companies money because they don’t have to pay for unused days at the end of the year or when someone resigns. There is usually less paperwork because you don’t have to track reasons for time off.

It’s a great recruiting tool, and some employers have found that offering unlimited PTO led to an increase in productivity. Of course, these benefits only come to fruition if the people at the company actually use the PTO. While that might require a cultural shift, you might find it worth it amid a continuing pandemic and serious talent wars.

Photo by Anete Lusina from Pexels

Circle K to Pay 8 Million for Disability, Pregnancy and Retaliation Charges
What Will HR Look Like in 2030?
Transgender Surgery Ban in North Carolina Struck Down
10 HR Trends for 2023
10 Top Online MBA Programs with a Focus in Human Resources Management