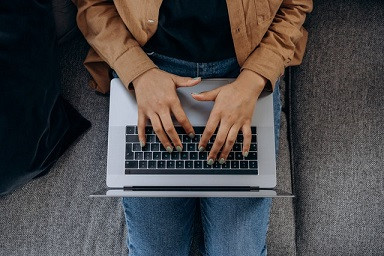 The case of Better.com’s layoffs via Zoom ahead of the 2021 holiday season teaches important lessons in Human Resources. The online mortgage company’s CEO Vishal Garg laid off 900 employees on a Zoom meeting that reportedly took less than three minutes. Most saw the approach as callous, insensitive, and especially tone deaf considering the challenges people are confronting.

His misstep caused great fallout. Soon after the layoffs, Garg took leave (although he was not terminated), CFO Kevin Ryan took the helm, and a third-party firm conducted a leadership and cultural assessment. A number of employees who were not let go talked to the media about the toxic workplace.

At the same time, the Great Resignation’s fallout continues to burn businesses across the country. Earlier this month The New York Times reported that more people quit their jobs at the start of 2022 than ever before. This trend has included white collar workers looking for higher pay or better working conditions, but the majority of workers are from low-wage sectors.

With many theories about why this is happening, HREN reporting found that neither the enhanced unemployment benefits or higher salary schemes have moved the needle. Instead, working conditions are the core issue behind The Great Resignation.

A recent survey found that people quitting their jobs felt voiceless. They crave employers who are more responsive to their needs, what Manuel Pastor of the University of Southern California described as an “economy based more on mutuality.”

Employees will no longer put up with companies that don’t treat them with respect and dignity. Conversely, Human Resources leaders and employers can learn what not to do by studying real case studies like the Better.com 2021 holiday layoffs.

Learn three lessons from that case that can help your company avoid a public relations nightmare:

Everything is PR. Managers may not always consider it when they make decisions but it’s true. Employees are always watching them to see how they handle issues.

The type of leadership they observe day-to-day will inform their opinions on the company and whether they are in it for the long haul. This is especially true for terminations or layoffs.

“The way you fire people needs to reflect the words you have in your mission statement,” Laurence J. Stybel, a career management and board adviser and an executive in residence at the Suffolk University’s Sawyer Business School, said to the Harvard Business Review.

Managers should consider the legal processes and ramifications of terminating an employee. But in the world of social media they need to think about how this will appear to the media or general public, too.

Better.com, for instance, decided to lay off 900 people a few weeks before Christmas. The move could’ve made good business sense, yet it seemed cold hearted because of the timing and the way it was done.

The company delivered the news in an unexpected Zoom video that was immediately cut off once the CEO was done talking. Footage from the video was instantly posted to apps like TikTok and Twitter. In minutes it went viral and thousands of people started leaving angry comments. Some of the commenters even pointed out how they’d recently been hired at Better.com, leading to even more confusion among those who just lost their jobs.

The fact is that it takes years for a company to build a healthy brand and reputation, but only seconds for it to be ripped apart. Everything is PR.

Be Transparent about Employee Decisions

It’s clear that the Better.com employees were confused about why they were being let go in the first place. Those who lost their positions said there were no warnings or clues that it was coming. Instead, they felt blindsided with a last-minute Zoom meeting.

Better.com had just struck a deal with Aurora Acquisition Corp. and received $750 million in cash. It equated to about $1 million per laid off worker. Managers or HR professionals should always be clear and transparent about why an employee is being let go. Whether it’s performance issues or lack of funding for a position, the reason should be communicated to the employee.

Christian Chapman, one of the 900 let go, told Business Insider that days after the mass layoff the CEO posted on Blind that 250 of the terminated employees were only working two hours a day. This rumor allegedly followed some of them into interviews with other companies.

Treating everyone with dignity and respect seems like common sense, yet it’s often forgotten in the heat of the moment. Besides firing employees over the holidays, the company’s choice in how to communicate the message was clearly for their own comfort and ease.

Andy Molinsky, professor at Brandeis University International Business School, told HBR that the goal is to “maximize your comfort in delivering the message, while also granting dignity to the person who’s being laid off.”

Layoff meetings should be brief and provide plenty of exits for either party, yet they should also be held in the right venue to ensure employees are being treated with dignity. Days after the Zoom call, Chapman said he received a package with a Better.com T-shirt and a certificate of recognition from the company. He described it as “salt in the wound.”

It was also clear that Better.com was being reactive and trying to save face in light of the public backlash. The 900 laid-off employees were originally offered four weeks of severance, but the company bumped it up to 60 days after the public outcry.

While it was a generous offering, it was clear to the laid off employees, current employees, and the general public that the increase was a PR reaction to the viral videos. Whether true or not, perception can damage a company’s image. It’s fair to say that Better.com is still trying to clean up this mess.

WATCH: Beyond the Great Resignation: An Action Plan for Hiring and Retention

Companies wanting to avoid this kind of controversy should do more than pay lip service to employee relations. HR professionals should be present during any actions taken against employees to ensure everything is handled properly.

A company’s brand and values should be at the forefront of all decisions to ensure they’re aligned. It’s also important to note whether decisions will affect the company’s image. These days it can hurt the bottom line. The biggest lessons to learn from the Better.com case are that HR leaders should ensure they choose the right venue for terminations or layoffs, clearly explain their decisions, and treat employees with dignity.

Photo by Mikhail Nilov from Pexels

The HR Guide to Layoffs
What Will HR Look Like in 2030?
From Cashier to HR Manager: How One Immigrant Made It Happen
10 HR Trends for 2023
Canada Prohibits Wage-Fixing, No-Poach Agreements