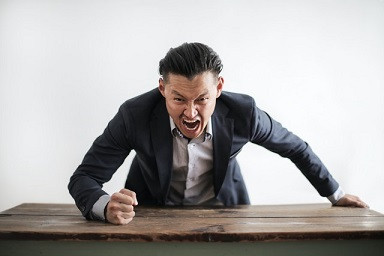 Workplace bullying has been making headlines recently. Both the Washington Post and The New York Times have published stories about how to deal with bad bosses and mean colleagues. For some, walking away is the answer.

The U.S. Bureau of Labor Statistics reported that a record 4.5 million Americans voluntarily quit their jobs in November 2021. The Great Resignation has drawn attention to the fact that many people quit managers and not jobs.

“The tolerance for dealing with jerky bosses has decreased,” Angelina Darrisaw, Chief Executive of the firm C-Suite Coach, said to The New York Times. “You can’t just wake up and lead people. Companies are thinking about, ‘How do we make sure our managers are actually equipped to manage?'”

Workplace Bullying Is More Common Than You Think

Thirty percent of adult Americans are bullied at work, and 43% of remote workers are bullied, according to the 2021 U.S. Workplace Bullying Survey. The same survey demonstrated that 76.3 million workers are affected by workplace bullying. The Workplace Bullying Institute, which conducted the survey, defines bullying as “repeated, health-harming mistreatment by one or more employees of another employee.” It includes the following:

Of course, the media reports featured well-known examples of bully bosses, including Better.com CEO Vishal Garg, who reportedly berated employees, called them names, and laid off 900 of them on a Zoom call. The New York Times also mentioned Hollywood mogul Scott Rudin, who threw staplers at employees. There was Steph Korey, who wanted employees chained to Slack and asked them not to request any time off. And the list goes on.

You can read a slew of stories about toxic workplaces with bullies looming if you search online or hop on social media. The bullies range from those with good intentions and bad managerial skills to narcissists who are downright mean and believe cruelty and authoritarianism will get them to the top. In rarer instances, there are violent individuals who have assaulted others on the job. The latter are clear-cut cases that lead to legal action and termination by the employer.

The majority of this bullying is not necessarily illegal but can make the workplace uncomfortable. Those behaviors are more difficult to stop and require intervention by Human Resources. As more people create a dialogue about workplace bullying and the media reports on it, suggestions for HR have surfaced:

Most workplaces have some sort of policy about how colleagues treat one another. You have to follow the laws of the jurisdictions to which you are subject. However, writing down a solid policy that explicitly details intolerable, bullying behaviors is a way to document the rules. SHRM features an anti-bullying policy template on its website.

HR leaders can hold up this document, explain what is unacceptable, and educate the workforce. Much like a mission statement, this document can serve as a demonstration of the company’s values and attitude toward employees. It can set the tone for a place that has zero tolerance for workplace bullying.

Have a Plan for Complaints and Violations

Once you have a policy and you know the law (as do the employees you’ve educated), then you are likely to have someone come forward about a bully in the workplace. You need to know how you will handle the situation. There should be a process for filing complaints, and it should be spelled out and accessible to all, according to Forbes in a story about cyberbullying in the remote workplace. In addition, there should be a plan for consequences should someone be violating the anti-bullying policy of your organization.

HR should have this plan in place before anyone comes forward to ensure that the process is both fair and possible. To hold those who violate the policies accountable, HR can implement certain steps that create the possibility of redemption like sending a written warning for first-timers, followed by a suspension for further violations. Coaching and intervention should be part of the deal for less severe cases. The last step for a bully who won’t quit or is committing physical violence is termination, but you should consult an employment lawyer in these cases.

READ: DEI: How to Address Microaggressions in the Workplace

Employees need to understand the company’s views on bullying. While it might seem obvious that you shouldn’t be a bully, there are some behaviors that managers might think are all right but end up alienating employees. Until someone alerts them to the fallacy in their thinking, they will continue to behave in the same way. Proper training helps level the playing field and ensures everyone knows the rules of the game. SHRM also provides a sample anti-bullying training presentation.

The Washington Post shared a story about how to avoid quitting even if you’re in a toxic workplace. One of the suggestions from a reader was to explain why you won’t accept a certain type of behavior. Another suggestion was to say, “Let’s talk later,” and leave when a colleague screams or acts inappropriately.

Some of the toxicity could be addressed by talking to the bully. As a result, improving communication or even providing training on how to talk to teammates can go a long way toward helping people develop respect, not to mention clarity.

Ultimately, stomping out workplace bullying is an important strategy in improving employee engagement and experience. If you let bullies run rampant at your workplace, you are likely to get a bad reputation and poor employer branding, especially in the age of social media. This can reflect poorly when you’re trying to recruit and win the talent war, too.

Creating a zero-tolerance policy for abhorrent behavior, educating employees on how to interact appropriately and in a way that gets the most out of their colleagues, providing training opportunities, and helping employees improve their communication skills can help end the epidemic of toxic workplaces. Most importantly, CHROs need the support of CEOs to ensure a bully-free workplace. After all, cultural norms and supportive behaviors are modeled from the top down.

Photo by Andrea Piacquadio from Pexels