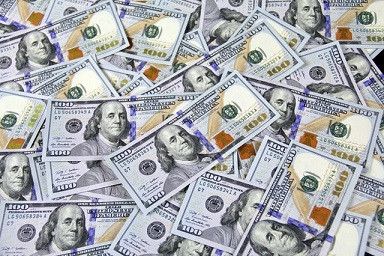 In a tight labor market during the Great Resignation, many are anticipating big pay raises in 2022 and beyond. Base pay is expected to increase an average of 3.9% in 2022, according to a survey of 240 companies most of which employ more than 10,000 people. This hike does not even include bonuses or one-time payouts that have become more common during the pandemic.

The Conference Board, which conducted the survey, also reported that 46% of employers felt they had to offer higher pay to attract workers during a historic labor shortage. The decision to raise wages is also about retention. The Wall Street Journal (WSJ) reports that professionals saw compensation jump at the fastest rate in nearly 20 years at the end of 2021. Many companies are understaffed, so those who have remained feel overworked, overstressed, and deserving of more money.

Still, the desire to win the unprecedented talent war is only part of the story. Inflation is another factor.

“While normally inflation isn’t employers’ top reason to increase base pay, this year it’s been too high to ignore, with companies worrying that some of their employees might jump ship if they don’t get enough of a pay bump,” Gad Levanon, a Vice President at The Conference Board, told CNN.

Even when HR wants to dole out bigger paychecks, they can’t always move forward with the plan. The labor shortage (16%) and retention (15%) took the top spots among the biggest problems HR leaders are facing, according to HR Exchange Network’s latest State of HR Report. But 12% reported that budget cuts were weighing on them. And those kinds of concerns could put a damper on raising wages.

What HR Needs to Know about Compensation

As you know, most companies undergo an extensive period for salary planning about once per year. Most are reluctant to respond to inflation and other data points that often fluctuate because once you’ve offered a raise, you can’t roll back salaries easily, according to WSJ. As a result, many employers try to use other means like bonuses or temporary lifts to salary.

More often, employers prefer to negotiate based on supply-and-demand for the roles with vacancies. As gig economy principles become more widespread, you might also see an increase in freelance hires or on-demand pay. These alternative pay structures might allow employers to avoid big pay raises. Of course, HR leaders also don’t want to get ahead of themselves in the hiring process.

“When we interview a person, we’re not always certain what their performance will be. What we want to do is issue them something to get them in the door and give us that real world experience of how they are performing with a team,” said Kaitlyn Knopp, CEO and Cofounder of Pequity at the HR Exchange Network’s Fourth Annual Talent Exchange Live event. “So, at the end of the period, we can differentiate them with either a higher grant or we can lower the grant accordingly to make sure we’re not issuing larger new hire grants to strong negotiators.”

READ: Compensation Truths You Need to Know for Success in 2022

WSJ also reports that cost-of-living adjustments, which had been popular in collective-bargaining agreements with unions are becoming more commonplace again. This might be driven by the trend of people moving to places with a lower cost of living because they can work remotely.

When Employees Ask for a Raise

HR leaders have to be prepared for more employees to request pay raises in the next year or so. Workers have leverage over employers at the moment, and expenses have become higher across the board. In fact, WSJ offered advice to people on how to successfully negotiate a higher salary.

As part of HR, you can anticipate what’s coming. Employees will be conducting online research. Know what sites like Glassdoor are saying about the pay range for your company and the industry and role.

Many employees are being advised to snag other job offers as a negotiating tool. If you blink, your employee might take off.

READ: 7 Innovative Benefits for HR Leaders to Consider in 2022

“Companies need to understand that if an otherwise-satisfied employee has to draw an outside offer to get a raise, they may ultimately choose to leave for a new job at a company ready to pay them what they want,” according to WSJ.

Employers will have to get creative about compensation and other benefits to satisfy workers who want to feel valued by the organizations they choose to join. For instance, CoderPad software company is giving a 10% raise in 2022, but it is doling it out in two increments of 5% in April and October respectively to make people feel like they are constantly getting a boost in their paychecks.

To get an edge in the talent war during these unprecedented times, you will have to consider offering big pay raises. Top talent is demanding better wages and benefits among a slew of other conditions. So, you should brace yourself for such requests and be prepared with complete answers. The state of the economy and job market are pushing employers to make decisions that seemed impossible just a few years ago.