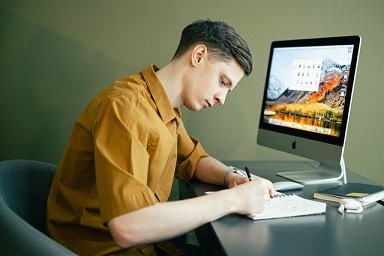 For most Americans, working remotely over the last three years has been a huge adjustment, but what about the recent graduates who have never stepped foot in an office?

The big question is what effect this will have on their ability to develop as employees? Is it putting them behind in finding mentors, learning new skills, or networking with other professionals? What does this mean for their careers and the future of work? What does Gen Z think about all this?

WATCH: HR and the Future of Work

There are always some misunderstandings between when one generation ends and another begins. Gen Z typically makes up the high school and college-aged individuals who are beginning to enter the workforce.

The Pew Research Center determined that anyone born after 1997 is in Generation Z. The cohort before them, the infamous Millennial, includes workers born between 1981 and 1996.

Of course, it’s not an exact science. A few years ago researchers decided to create a new designation known as Zillennials to describe the transitional period between Millennials and Gen Z.

Like all of the generations that came before them, Generation Z has its own unique interests and values. They are the most diverse and educated generation since this type of data was first tracked. Their philosophies also vary from Baby Boomers or Generation X.

READ: Why You Can’t Afford to Ignore Generation X in the Workplace Anymore

Generation Z believes the government should take a stronger role in solving society’s problems and more than half of them believe that humans are responsible for climate change. They are far more socially liberal than those who came before them. The oldest of Generation Z are now in their early 20s and entering the workforce at one of the worst times in the last century.

The new study from Skynova is fascinating because it shows a young, tech-savvy generation eager to get back to traditional office work. Many have never had that experience and crave the benefits of in-person work.

For instance, 61% of Gen Z workers said it was challenging to make friends when they worked fully remote. And 39% of the same respondents found it difficult to find a mentor and network with other professionals in their field. Nearly a quarter of the Gen Z workers surveyed also said they were struggling to acquire new skills.

Here’s the result: 58% of Gen Z workers are planning to leave their remote job in the next year, and most of them said they wanted hybrid or in-person positions. This is potentially bad news for companies that are already struggling with retention. Another important question is whether Gen Z is behind in developing the skills or contacts entry-level Millennials had a decade ago?

Is Remote Good for Gen Z?

According to a New York Times op-ed “Remote Work Is Failing Young Employees,” Gen Z workers feel like strangers in their own companies. A rush to change company workflows, impersonal Zoom meetings, no communication plan, and a lack of on-the-job learning are making them feel invisible and anxious about doing what they were hired to do.

Without regular face-to-face interactions, these young workers are struggling to figure out the company culture and where they fit in the grand scheme. Most entry-level workers seek the daily structure of interacting regularly with managers, sitting in on meetings with senior leadership, and having “water cooler” chats with seasoned employees. They need validation at the beginning of their careers.

The writers of the op-ed insist that companies need to assist Gen Z workers by formulating clear plans to maintain communications, provide mentorship opportunities, and develop company culture within the remote environment.

At this point, Gen Z workers are only slightly behind. The good news is they can catch up as offices reopen and companies implement hybrid or in-person positions.

READ: How to Improve the Hybrid Workplace

Even though most employers feel as if they’re underwater right now, it’s important to address any potential gaps in Gen Z’s development as professionals. Why? Because this generation is the largest and most well-educated. They will be taking the reins in the near future. No employer wants to inherit workers who are drastically behind in the hard and soft skills needed to succeed. Solving the problem today will avoid a major crisis down the road.

Photo by Ivan Samkov from Pexels