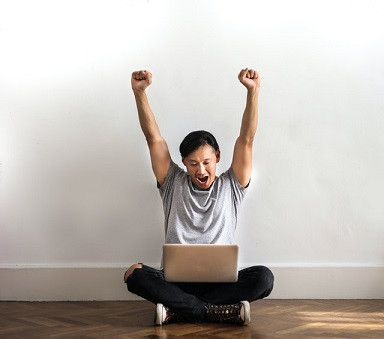 I was the fairy godmother of every office I have worked in since I was 26. That didn’t mean I left gifts on people’s desks or transfigured old chairs into ergonomic, sparkling carriages. Instead, I gave advice.

No matter the job or office, a day would inevitably come when an intern or entry-level employee would sidle into my office and ask me a question about her career that I would spend the afternoon answering.

I was always happy to help my young coworkers figure out how to get paid for achieving their dreams—until I got a question that enraged me beyond belief.

“I’m so proud and happy for [coworker] for getting a raise after a year, but I’ve asked for a raise twice since I started four years ago and my supervisor said no both times,” she said. “How can I ask in a way that he’ll say yes?”

At first, I was angry because I knew I would have to tell her the truth: There was no right way to ask. She would never get a raise unless she got a competing offer. And that supervisor still might not offer her one.

Show Me the Money

After stewing on it for a bit, I became angrier over the fact that the company had effectively abandoned a valuable employee when a simple solution was so readily apparent: guidelines for supervisors on when to award meritorious raises.

That lack of instruction wound up hurting both my coworker and the company. My coworker found a better opportunity, which her supervisor didn’t counter. And then it set off a chain reaction that saw other coworkers at her level leave for higher-paying positions, too. That exodus included the one who got a raise. Her coworkers realized that it was easier to get new jobs that paid much more than they were making than to ask for a raise.

This highlights one of the key generational differences in the workplace between supervisors and their younger staffers and why companies need to offer management tools for determining when to extend a merit increase over a standard cost-of-living-based raise.

By leaving it up to individual managers to ask for raises for their staff, a company creates an inherently unfair environment. The disparity in pay between two employees at the same level spread like ink dropped in water, creating a defeated feeling in the office beyond the coworker who asked for my advice.

My co-workers realized it would be easier to gamble on finding new jobs than counting on their supervisors. At first blush, it might seem like the solution would be to provide annual raises across the board for all the employees to make sure everyone is treated fairly. How could anyone argue with a 2% to 6% increase every year to keep up with inflation?

Millennial and Gen-Z employees know that talking about their salaries is the best way for them to keep from unconscious bias in the workplace. These are also naturally hard-working generations that were pushed to perform by parents who valued American exceptionalism and the power of the individual.

The moment they realize hard work isn’t rewarded outright and is instead based upon the whims of their supervisors is the moment they pull back the amount of effort they put in at work, brush off their resumes, and login to LinkedIn.

This is a far cry from how many of their Gen-X and Baby Boomer bosses came of age in the workforce. Baby Boomers and many Gen-Xers reaped the benefits of strong economies when they started their careers and saw company loyalty pay off over time. Sticking around, even through market dips, came with rewards more often than not.

Millennials and Gen-Z have only ever known a Mad Max economy and job market, where every worker is out for himself and no one is better off for appeasing the emperor. That’s why it’s the duty of companies to provide outlines on when merit increases are warranted. Younger workers crave appreciation in the workplace in the form of pay, not perks.

Yet because they’ve only been able to increase their pay from job hopping or pursuing freelance gigs, these are the first employees to leave if they sense that high performance isn’t rewarded, according to research from Glassdoor.

Many companies haven’t calculated the real price of those losses. Gallup reported in 2019—before an international pandemic that made remote work the norm—that the estimated cost of losing an employee could range from anywhere between one-half to two times their salary.

If the Great Resignation didn’t have you quivering about turnover, it should by now. So, how can companies split the difference between enticing their best employees to stay while respecting their bottom line?

This is where creating raise guidelines come into play. First, determine what the company’s goal is in awarding meritorious raises. Do you want to keep employees at the company longer? An anniversary-based raise could do the trick.

Would you like your employees to become more knowledgeable or get more training? Maybe it’s time to offer pay increases after employees receive certificates, degrees, or advanced training.

If the real end goal is increased performance and consistent hard work, set the milestone or describe the markers of success in those categories. Does it include sales figures? Maybe it’s about turnaround time on projects. It all depends on what the company’s end goals are.

By setting measurable milestones, you empower the manager to determine who can receive a raise, and the employees know exactly what they need to do to receive one. This helps combat unconscious bias and favoritism because the policies are available to all and measured through hard metrics, rather than soft preferences.

Once you know the incentive, it’s just as important to decide when to dole out pay raises. Many companies make the mistake of tying merit pay increases to annual reviews for employees. While that might seem to make sense, it creates temporary bouts of productivity in the months leading up to reviews, rather than sustained progress throughout the year.

However, when employees know they can earn a raise for top performance at any point in the year, they’re more inclined to keep a sustained work ethic. That’s why timing should also be included in company guidelines for managers on granting meritorious raises. Just because managers are allowed to grant raises any time doesn’t mean they’ll feel comfortable floating that proposal by upper management.

If managers know they can get raises approved at the beginning of the month or before the start of a new quarter, it encourages managers to follow through on asking for merit increases for their employees. The next step to include in the guide is how to manage employee expectations around the sum of the raise.

Generally, a cost-of-living raise can range anywhere from 1% to 4% of an employee’s salary, which should already be factored into existing employees’ wages. That means the bare minimum for a merit increase should start at 5% of the salary. However, just because that’s the minimum acceptable raise doesn’t mean it’s the raise you should give.

On average, an employee can expect anywhere from a 10% to 20% pay increase from a new job offer. Not only that, but Forbes reported that employees who stay at their jobs longer than two years get paid 50% less than their counterparts who leave.

So, if your goal is to retain your employees and foster loyalty, you might want to consider a minimum raise that would reflect the benefit they could get from leaving.

Finally, get feedback from your employees. Your metrics for earning merit increases, the timing in which you offer them, and the ranges for those raises should be achievable and fair to everyone in that role. The people in the best position for making that judgment call are those looking to hit those goals.

In addition, sharing information with your staff shows them that you care about their success. I guarantee most people at your company have worked for companies that dangled promises of promotions and raises until the day they gave notice. And I guarantee they’re all comparing notes to see if you’re the same kind of workplace.

Photo by Andrea Piacquadio for Pexels