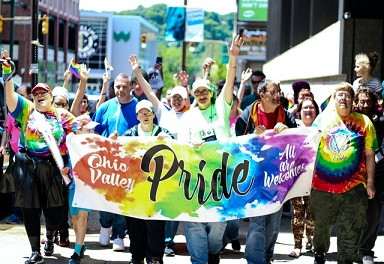 Employee activism is an important part of retention strategy. Workers are not just demanding transformation at work. They want to change the world.

Whether they are ringing up orders at the grocery store or leading a team in a multi-national corporation, they expect their employer’s values to match their own. As a result, HR leaders must define the company’s values, share the mission with recruits and the workforce at large, and ensure leadership buys into and lives the belief system.

In fact, six in 10 of those changing jobs said they were seeking a better fit between their own and their employer’s corporate values, according to the Edelman Trust Barometer, which measured the pandemic’s influence on employee motivation.

“We are entering an age of employee activism that may well upend our assumptions about power within organizations,” according to MIT Sloan Management Review. “Over half of the 1,500 employees we surveyed said they usually or always speak up to influence organizational action on wider societal or environmental issues.”

In the last week, Americans witnessed a few examples of how employee activism regarding political and global events can influence companies. First, U.S. companies demonstrated corporate activism that aligned with their employees’ values by pulling their businesses out of Russia to condemn President Vladimir Putin’s unprovoked and brutal invasion of Ukraine.

In an op-ed piece in the Atlanta Journal-Constitution, Douglas Schuler, Associate Professor of Business and Public Policy at Jones Graduate School of Business at Rice University, and Laura Marie Edinger-Schons, Professor of Sustainable Business at the University of Mannheim in Germany, explained that there are three major factors driving companies to speak out:

However, only recently have organizations become politically and socially active. The professors cite the beginning of this movement in the 2000s, when LGBTQ rights were under attack. Back then, companies like Walmart advocated against bills that would allow for discrimination. More recently, when George Floyd was killed and the Black Lives Matter movement raised awareness of injustice, hundreds of CEOs signed a pledge against racial discrimination and created an organization to promote diversity, equity, and inclusion (DEI).

Sometimes, employers fail to do the right thing. But nowadays employees take a stand against their bosses, too. Recently, Disney CEO Bob Chapek remained silent about the “Don’t Say Gay” legislation in Florida, where the company employs tens of thousands, who work at the Walt Disney World Resort in Orlando.

The bill forbids classroom instruction on sexual orientation and gender identity in the early elementary school years. The Florida state legislature passed the bill and Governor Ron DeSantis is expected to sign it into law. Disney has a history, according to the Los Angeles Times, of financially supporting politicians on both sides of the aisle in the states, where it runs its businesses.

A group of employees at the Disney-owned Pixar Animation Studios sent a letter to Chapek demanding the company do better:

“We are writing because we are disappointed, hurt, afraid, and angry,” according to the Times. “In regard to Disney’s financial involvement with legislators behind the ‘Don’t Say Gay’ bill, we hoped that our company would show up for us. But it didn’t.”

Other employees spoke to the newspaper anonymously and some have posted their disappointment on social media. Employees asked for Chapek to take a stand publicly and discontinue all financial support for politicians who voted in favor of the bill. Although Chapek at first opted to remain apolitical, he ultimately called DeSantis to share his feelings on the matter and requested a meeting. Clearly, in the end, Disney employees had a great influence on the company’s leadership.

READ: Preparing for Gen Z in the Workplace

Employee Activism and the Future of Work

This is a sign of things to come in the future of work. Gen Z workers are well-known for wanting to have meaning in their work and employers who support their values.

The days of staying out of politics and social activism are over for employers. Employee activism is likely to continue and become even more of a driving force in engagement and experience. While employees have leverage, businesses will have no choice but to take action accordingly.

Photo by Rosemary Ketchum for Pexels