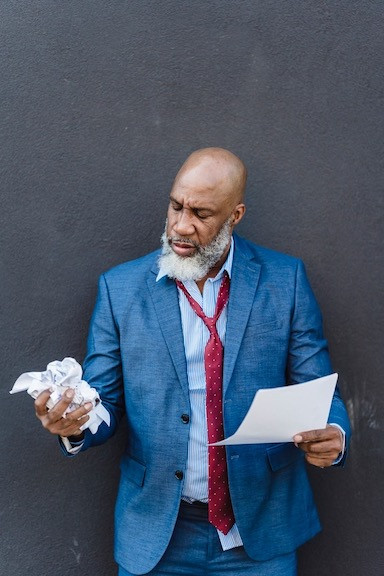 A number of people are rethinking this era that HR leaders and business reporters have been calling the Great Resignation. Over consecutive months in 2021 and the early days of 2022, millions of Americans quit their jobs. This phenomenon became known as the Great Resignation. Reports suggested that people, fed up with a lack of work-life balance, poor pay and benefits, and non-existent recognition and appreciation walked out on their employers.

Now that people have some hindsight and the world is learning to live with COVID-19, some experts are not so sure about this Great Resignation. Everyone accepts that a historic number of people quit their jobs and that there’s a labor shortage in many industries, particularly those of low-wage workers. The numbers tell that story.

Taking Issue with the Great Resignation

What is different now is why some experts think people left. Early in this period, the CEO of LinkedIn, Ryan Roslansky, renamed the era the Great Reshuffling. The idea was that people were quitting their jobs to pursue more meaningful work and employers who treated them better.

“Right now, all companies, all CEOs, are rethinking the way their company works. They’re rethinking their culture. They’re rethinking their values and about what it means to work at their company,” said Roslansky in an interview with Time magazine. “And on the other hand, you have employees globally who are rethinking not just how they work, but why they work and what they most want to do with their careers and lives. And while this reshuffle of talent will most likely play out for another year or two, I believe it will ultimately settle back down in a place that’s going to lead to greater effectiveness for businesses, greater fulfillment for employees.”

He wasn’t the only one who saw this differently. When HR Exchange Network interviewed Ky Cunningham, director of Corporate Recruiting at U.S. Xpress, who spoke at the Recruiting and Talent Acquisition event, she said the Great Resignation was real but that the labor shortage depended on the field. In fact, some professions saw an influx of resumes and applicants faced much competition.

Is It the Great Reshuffling?

In fact, many HR experts interviewed by HR Exchange Network have taken issue with the label Great Resignation.

“The Great Resignation implies we’re in an era or point in time,” said Sebastien Girard, Chief People Officer at Centura. “I don’t think we’re in an era. I think the market changed.”

REPORT: Great Regeneration: How to Win the War for Talent

Like Roslansky at LinkedIn, Girard saw this more as a reshuffling, during which people seek better experiences and employers transform work as the world has known it up to now. Frankly, with the rise of inflation, no more COVID stimulus checks or pumped-up unemployment, and higher bills most people need to earn a living. That will drive people back to the workforce if they haven’t already rejoined. This is not to mention the fact that work provides many people with a sense of purpose.

Recently, The New York Times’ Paul Krugman, an opinion writer, suggested to readers that the Great Resignation was real but that it wasn’t depicted accurately by members of the media, himself included.

His opinion was based on new data that has emerged. In looking at recent job reports, Krugman noticed the unemployment rate is low and the labor market is tight. He points out that all those older people who presumedly opted for early retirement have returned to the workforce.

Shaping the Future of Work

In other words, the discussion about what is happening with Americans quitting is more nuanced than previously thought. Perhaps, the Great Resignation was just appropriate for a moment in time.

“A few months ago, it still seemed reasonable to talk about a Great Resignation. At this point, however, there’s basically nothing there,” writes Krugman. “It’s true that an unusually high number of workers have been quitting their jobs, but they have been leaving for other, presumably better jobs, rather than leaving the workforce.”

Regardless of what label experts put on this reshuffling, it has unearthed failures in the workplace and challenges of both employers and employees. As a result, people are seeking solutions and redefining work. This phenomenon has also driven HR leaders to transform the workplace and its structure, focus on work-life balance, and reconsider pay and benefits. These changes are historic and will determine the future of work regardless of how leaders refer to them.

Photo by Nicola Barts for Pexels

Circle K to Pay 8 Million for Disability, Pregnancy and Retaliation Charges
The HR Guide to Layoffs
What Is Empathy in Human Resources Management?
What Will HR Look Like in 2030?
Justices Appear Split on Case Involving LGBTQ Rights and Religious Freedoms