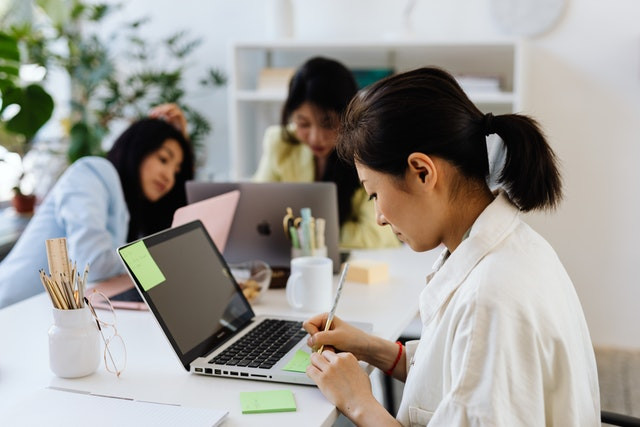 Many people have begun to adopt return to office or RTO policies as Americans hope the pandemic turns to an endemic. However, even though some people feel like they need to get back into the world, there are many others who have grown accustomed to work from home (WFH) policies and do not want to see them change.

REPORT: Employee Engagement and Experience for the Post-COVID 19 World

The insistence on the part of leadership to conduct work in person is damaging employee engagement and experience plans, which have been paramount for HR leaders during a historic labor shortage and record attrition. The raging debate has appeared in social media, water coolers, and beyond. Recent headlines demonstrate the problem.

READ: Is It Time to Return to the Office?

Some Apple employees have expressed disdain for having to return to the office. Computerworld reported that Apple employees organized and wrote an open letter to Apple executives asking for the company to change its RTO policy, which stipulates that employees must be in the office at least three days per week. Other publications are also sharing that the company’s head of machine learning quit in protest of RTO, too.

WATCH: Establishing a Process Framework to Enable Your RTO Plans

Anyone following Wall Street bankers knows that young staffers have expressed ire about having to return to the office. Morgan Stanley CEO James Gorman, for instance, is insisting that people who want to develop careers need to be in the office around other people.

More than 70% of respondents to an Associated Press-NORC poll said they are only working in person. In addition, more than 40% of those who have returned to the office say the amount of stress they experience has worsened.

Workers have many reasons for wanting to work from home. One is definitely the additional pressure of being in an office. But some also still fear COVID-19, especially as another surge might be approaching, according to epidemiologists. Those who have comorbidities or live and care for those with vulnerabilities still fee like staying in indoor spaces with others for long periods of time is dangerous.

WATCH: PANEL – Getting the Balance Right: Remote Working and Flexibility

Also, the economy has changed since the pandemic first began. Now, U.S. inflation is at a record high and gas prices are elevated. As a result, some employees can not afford the gas or lunch if they have to start commuting again. That’s another thing. Many people simply do not want to commute, and they argue that by eliminating those hours in traffic, they can actually accomplish more work for their employers.

READ: How to Get Women Back to Work

Finally, women were driven out of the workforce at the start of the pandemic. Remote work is conducive to women, who are often caring either for their young children or elderly parents and relatives. Having a remote option is a way to win them back. Diversity experts have pointed out that more women of color tend to care for other relatives and therefore prefer remote work, which means having the option should be key to creating an effective DEI plan for the times.

Which Side Will Win?

There is a real battle between leadership and employees when it comes to return to office policies. Unfortunately, HR professionals end up in a tight spot. Many have seen hybrid as the compromise to solve the problem. But many workers do not agree. As a result, there is a bit of a stalemate.

On the one hand, the Great Resignation lives on. April saw another record for people quitting their jobs. Employees certainly have leverage, especially in service industries facing a historic labor shortage. Employee engagement and experience efforts are the key to improving retention. On the other hand, the boss is still the boss. If she wants employees back in the office, HR has to toe the line. That’s fine. But HR leaders must remind the boss in those instances that employees just might walk away.

Circle K to Pay 8 Million for Disability, Pregnancy and Retaliation Charges
From Cashier to HR Manager: How One Immigrant Made It Happen
Best Insight on HR from Talent Management Leaders
Canada Prohibits Wage-Fixing, No-Poach Agreements
10 HR Trends for 2023