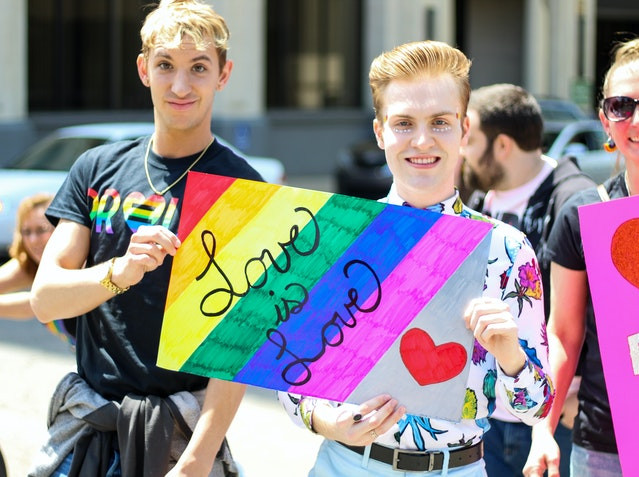 June is PRIDE Month, so many companies are displaying rainbow logos and waving rainbow flags on social media or in the office. But what does it mean? How can HR leaders ensure that their efforts to recognize LGBTQ+ employees provide meaningful support and allyship?

To start, some people in the office – who may be wel meaning and ally-aspiring – might not know much about PRIDE Month. Explain that June is designated as the time to celebrate the freedoms achieved by the LGBTQ+ community. The idea began as a result of the Stonewall Uprising in Manhattan, according to the Library of Congress.

March in a Parade

PRIDE parades are the most well-known way to celebrate the month. These events can be fun with people showcasing their talents and demonstrating their love and affection for one another. Usually, guests and parade participants dance and wave those rainbow flags.

WATCH: Moving the Needle on Diversity

Other events include educational opportunities, such as workshops, picnics, parties, and more. Often, these gatherings and events were planned by individuals who were not represented by an employer. Now, more companies are getting involved. Some groups of employees – perhaps led by a Diversity, Equity, and Inclusion leader – participate in a parade or other event as a group, for instance.

Another way colleagues are showing their support is by wearing a rainbow T-shirt, bracelet, or other garment to identify themselves as a member of the community or an ally. This gesture might seem small, but not that long ago people shunned anyone who identified as LGBTQ+.

As a result, many lesbians, gays, bisexuals, transgender, queer, and questioning people stayed in the closet either because of shame or fear. Those outside the community would either ignore them or outright discriminate. Now, more and more people are supporting – and often advocating for – their fellow LGBTQ+ colleagues. Wearing a garment is a way to show that the shame and stigma are not supported by the company and that people are proud to share their “love is love” stance.

Creating a dialogue about inequity and conducting surveys about diversity, equity, and inclusion (DEI) earned the highest percentage of votes, with 23% each, among respondents asked to list their DEI priorities in the latest State of HR report.

Determining how to sensitively and genuinely start a conversation about equity based upon sexual preference in the workplace is no easy task. But one way is to first talk to employees in the LGBTQ+ community. Find out what they would like to share and discuss with colleagues.

See if anyone wants to tell their story both about the support they have experienced and the challenges they have faced. These kinds of first-person accounts can help foster empathy. Understanding the plight of a marginalized group can also help allies get a better grasp on what they can do.

READ: HR Guide to Generations in the Workplace

Employee activism is on the rise, especially now that Gen Z, which has had experience in grassroots organizing, is beginning to enter the workforce. Employees expect their employers to side with them on issues of importance. One issue is gay rights.

When Disney failed to vocalize its support for the LGBTQ+ community in the face of the Don’t Say Gay bill that passed in Florida, where the company has a large portion of its business, employees protested. Some wrote letters to CEO Bob Chapek, and many participated in an on-the-job walkout. This eventually led to Disney taking a stand against the bill and the politicians who supported it.

A better idea for employers is to be supportive from the start. See if there are unfair bills that companies could rail against by using their public platform. Or contribute to causes that support the LGBTQ+ community. Again, HR leaders can benefit from asking those employees who are engaged in these issues about the best way to act.

Address Challenges in the Office

Perhaps, the most obvious way to support LGBTQ+ employees is to address their concerns about what’s happening at the workplace. By taking surveys, HR leaders discover when inequities, injustices, or disappointments occur. Asking the staff to weigh in about their thoughts can lead to internal change that could make a difference and improve all around employee engagement and experience.

For instance, someone who identifies as LGBTQ+ could feel as though some co-workers say things that are offensive to them about their sexuality or family. In that case, HR could step in and better educate people, warn them about the consequences of their words or actions, and try to prevent it from happening moving forward.

PRIDE month is an opportunity for colleagues to show their support of the LGBTQ+ community. It’s also a chance for those outside the community to get educated, learn about being a better ally, celebrate the progress, and help in the fight for more of it.

How are you participating in PRIDE Month? Let us know on LinkedIn or Twitter.

Photo by Rosemary Ketchum for Pexels