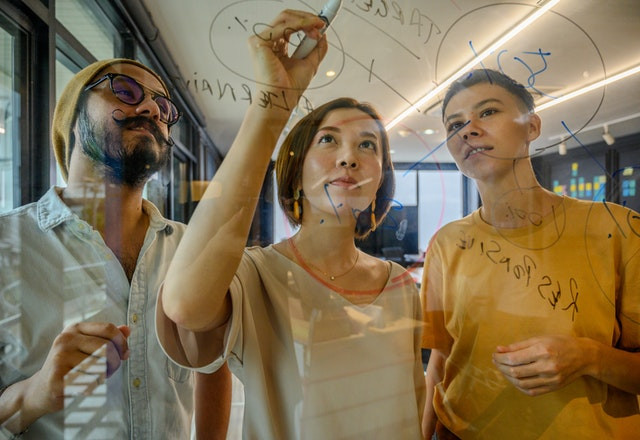 The pandemic was supposed to have ushered in a revolution in the workplace that made work from home (WFH) opportunities ubiquitous and normalized. But months after COVID-19 vaccines and a less lethal variant has made the pandemic in the United States more manageable, employers are demanding workers return to the office (RTO), and a series of articles in various media outlets have suggested WFH is all but dead.

This is a strange time for HR leaders, who find themselves in a quagmire, caught between job candidates and employees on one side and company leaders on the other. One of the biggest demonstrations in favor of RTO came from Tesla CEO and Founder Elon Musk, who wrote a scathing letter to employees insisting they return to the office for a minimum of 40 hours per week or leave the company, according to CNBC.

He suggested that those working from home would be “phoning it in.” After the emails, he later wrote on Twitter that those who want to continue to WFH “should pretend to work somewhere else.”

WATCH: Remote Working and Flexibility: Getting the Balance Right for Employees and the Business

Musk is not the only big name CEO trying to get people back in the office. Recently, Starbucks CEO Howard Schultz admitted that his attempts to get employees back to the office were not working. In March 2022, a Microsoft survey revealed that 50% of employers wanted workers to return to the office five days per week. HR leaders quickly responded to say RTO full-time was a bad idea.

After all, employees have had a taste of the flexibility of WFH, so HR cannot easily take it away. During this period, employers have witnessed firsthand the Great Resignation with record number of Americans quitting their jobs and thus causing a labor shortage in many industries. HR professionals have taken charge of the situation by leading workplace transformation. One of their goals has been to create more flexible work structures that include some or all remote work for jobs that can be done from home.

In fact, much of the research has shown that people are more productive when they work from home. Vox recently reported on a large survey:

“In April, people who worked remotely at least some of the time reported being about 9% more efficient working from home than they were working from the office. That’s up from 5% in the summer of 2020.”

The media outlet reminds readers that this is self-reported data, but it also shares more objective points.

“…Like more calls per minute for call center workers, engineers submitting more changes to code, and Bureau of Labor Statistics data on growing output per hours worked — that has generally shown that people are, in fact, more productive working from home.”

Yet, supervisors and CEOs and other managers insist in conversations that even if people were productive working from home at the start of the pandemic, they are not anymore. (Some of them use surveillance tools to make their point.) Governments, including New York City, are asking companies to encourage RTO to improve the economy by using office space, getting workers to go buy their lunch at nearby restaurants, etc.

While the productivity argument does not have much weight, there is something to be said about collaborating in person to innovate. Michael Arena has shared insight about the Neighborhood Effect on HR Exchange Network, in fact. Many HR professionals are trying hybrid workplaces to offer the best of both worlds and effectively bring about compromise between workers and their bosses.

However, WFH has another big obstacle in front of it. Inflation, high gas prices, and the bear market may give employers leverage over workers again. If that continues, workers may be afraid to insist on WFH, and the need for earnings could force them to give up on flexibility.

Another problem for WFH advocates is a lawsuit that Amazon is confronting. A California judge rejected the company’s request to dismiss a case brought by an employee about work from home expenses. It could mean that thousands of employees in California get a payout for utility type expenses for the time they have worked from their houses, according to Bloomberg. This is the kind of thing that spooks employers and could give them more of an excuse to push for RTO.

WATCH: Retention in the Age of Global Remote Work

For now, the great divide beween WFH and RTO will continue. The depressed economy may eventually intervene and declare RTO the winner. However, most HR leaders find it difficult to imagine returning to 2019 and the traditional workplace. Transformation, they say, is on the horizon and among their to dos.

Photo by Ketut Subiyanto for Pexels