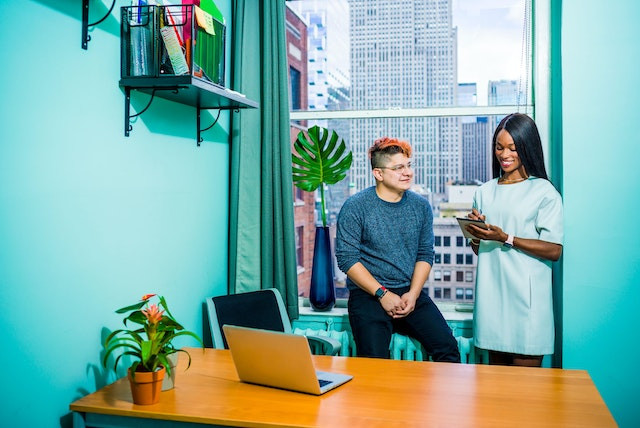 The raging debate pitting work from home (WFH) against return to office (RTO) positions is not as clear-cut as it may seem. Actually, it is revealing deep division between management and workers, younger generations and older generations, and the privileged and disadvantaged. Frankly, the conversation is more complicated than most people think.

INTERVIEW: RTO or WFH: Which Will Win?

Recently, the discussion reached a fever pitch when author and speaker Malcolm Gladwell criticized the remote work movement on the podcast, Diary of a CEO with Steven Bartlett.

READ: 3 Ways to Get Employees Back into the Office

“We want you to have a feeling of belonging and to feel necessary,” he said. “We want you to join our team. And if you’re not here, it’s really hard to do that. It’s not in your best interest to work at home. I know it’s a hassle to come to the office. If you’re just sitting in your pajamas in your bedroom, is that the work life you want to have? Don’t you want to feel part of something?”

What Happened to Malcolm Gladwell?

Almost immediately, the Twitterverse turned on him. People posted that he was a hypocrite because he has talked about hating desks and working from his sofa. Others pointed out that he has money for childcare and elderly care, so working from home is not a necessity. (During the podcast, he discussed both having a young daughter and tending to his 90-year-old mother in the hospital.)

They talked about the price of transportation and gas, and the length of commutes. A few suggested that Gladwell was neglecting to consider technology and how that can be deployed to help foster collegiality.

In 280 characters or less, social media users tore up Gladwell’s opinion and set off the next phase in this battle to determine the future of work. Then, journalists, content creators, and bloggers got in on the act of dismantling Gladwell’s call for RTO.

The debate will continue. For now, employees have leverage because many industries are experiencing a labor shortage. They have pushed HR leaders to make transformational change in the workplace. Most organizations are focusing more on the mental health and wellness of workers. They are looking for ways to combat burnout, and they are offering more money and better benefits to attract and retain top talent.

READ: Is Work From Home DOA?

Survey after survey indicates that people want flexibility and at least some form of remote work. Among those who could return to the office, 61% are choosing to work from home, according to the Pew Research Center. It also found that 76% of respondents who are working from home are doing so simply because that is their preference.

Also, Gladwell argued that he wanted to give people a sense of belonging by bringing them back into the office. But 74% of women working full-time said that remote work helps them do their jobs better, according to an Indeed survey. Women, particularly women of color, have stressed that they prefer working from home, in part because they can avoid microaggressions, discomfort, and bias. Harvard Business Review outlined all the reasons for women of color defending work from home.

One could argue that, for these women the option to work remotely is a way to provide that sense of belonging to which Gladwell refers. Still, he makes some valid points. While most academic types, who research the way people work, concede that head down work can be done anywhere, including an employee’s home, many have found that collaboration and innovation are reliant on face time. Relationships are harder to develop and maintain from afar.

Of course, there are some jobs – usually service jobs and manual labor – that cannot be done at home. This group makes up the front-line workers who carried the United States through the pandemic. Often, these workers, who put their lives at risk, are low wage earners. They have no choice but to return on site. Their reality can often make this discussion about whether to work from home or return to the office seem insensitive unto itself.

INTERVIEW: 5 Emerging HR Trends According to the Authors of the Big Book of HR

The hullabaloo about Gladwell’s comments were probably blown way out of proportion. After all, Apple, Tesla, and Microsoft are all looking to bring people back into the office for at least a few days per week if not more. Most business owners, of which Gladwell is one, prefer having their employees on site. Half of employers said so, according to Microsoft.

Certainly, the Neighborhood Effect, as HR Exchange Network’s Columnist Michael Arena has pointed out, is influencing the push for RTO, even if in a hybrid format. In the end, Gladwell himself pointed to the future, when he suggested in the podcast that an economic recession would force people to return to the office and give employers more leverage again. For now, WFH as an option has an edge with or without Gladwell’s support.

Photo by Jopwell for Pexels

Workplace Help May Be Key to Preventing Suicide
7 Ways to Make Learning Part of the Workflow
The Benefits of Using Inclusive Photos on Your Website
IRS Update Clarifies Prescreening of New Hires for Work Opportunity Tax Credit
Canada, US Fight Ageism in the Workplace