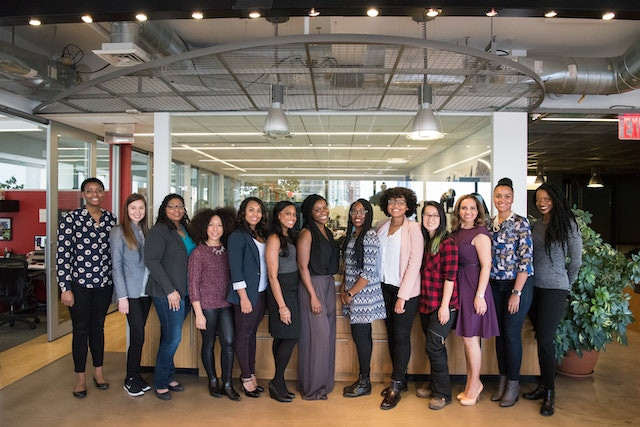 August 26 is Women’s Equality Day in the United States. It commemorates the 1920 adoption of the Nineteenth Amendment to the U.S. Constitution, which gave women the right to vote. This celebration was approved in 1973, a time when the Women’s Movement was taking shape.

For HR leaders, this is a good time to take stock of women’s representation and inclusion at their organization. They can look at how many women are on staff, how many are in leadership, and what the future holds for women in their workplace. Is there equal pay? Are there equal opportunities? Are there learning and development programs to help them grow and reach their full potential? What does the company do to support families? Parental leave? Childcare? Flexibility? Reproductive rights benefits?

To start, some pertinent news made headlines earlier this week. The Federal Reserve Bank of New York’s labor market survey showed that Americans lowest expectation of base salary grew 5.7%, rising from $68,954 in July 2021 to $72,873 in July 2022. However, just about all the publications buried the lead: the report also showed a never-ending gender pay gap. For men, the starting base wage increased to $86,259 but for women it dropped to $59,543.

With all the talk of diveristy, equity, and inclusion (DEI), the numbers show that there is still much work to do:

It was even worse for women with college degrees and in higher-earning homes. In families with an annual income of $100,000, women spend 5.7 hours per day doing unpaid work, compared with 3.8 for men. Women with bachelor’s degrees spend 5.8 hours daily on unpaid labor, compared with 4.1 for male college grads.

Undoubtedly, the pandemic hit women hard. The majority remain the primary caregivers to their children and having kids at home for virtual school meant women were pulled in a million directions. As a result, the media dubbed the phenomenon of women leaving the workforce, which they did in droves, the “shecession.”

WATCH: DEI Through the Lens of the Law

The repercussions are still reverberating. Nearly 2 million fewer women are in the workforce as of February 2022, according to SHRM. In addition, 60% of women said they would quit their job if their company made them go back to the office full-time, according to a FlexJobs study. While work from home has helped them in many ways, they feel more overworked than before the pandemic, according to a number of recent media accounts.

This is not to say that women in the workplace have not had wins. For instance, the U.S. women’s national soccer team filed a gender discrimination lawsuit in early March 2019. They reached a $24 million settlement almost three years later. What is remarkable about this story is that the women’s team has always had better results – more wins and championships – than the men’s team, yet they had always been paid less.

READ: What Women Want in an Employer in the New Normal

Hope from an Unlikely Source

U.S. Soccer became the first world football federation to award equal FIFA World Cup prize money to the men and women’s national team players for participating in a World Cup, according to ESPN. Sports might not seem like the same thing as office work. But the inroads of the women’s soccer team mean that there is a chance for equity in pay for women. And a chance provides the strength to move forward.

Photo by Christina Morillo for Pexels

Workplace Help May Be Key to Preventing Suicide
The Vital Role of Older Workers
7 Ways to Make Learning Part of the Workflow
Canada, US Fight Ageism in the Workplace
IRS Update Clarifies Prescreening of New Hires for Work Opportunity Tax Credit