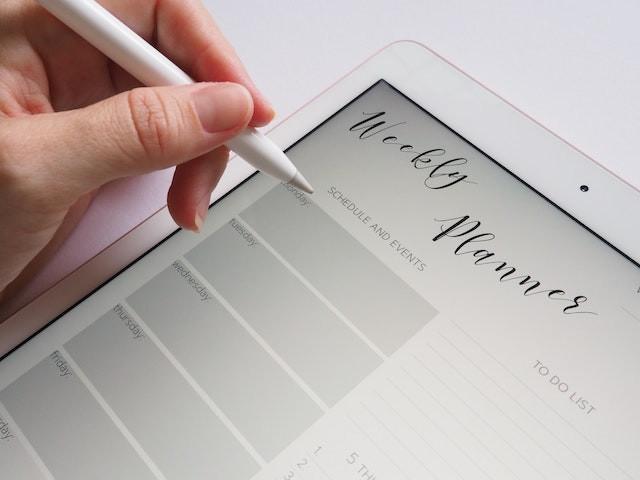 Hybrid work is becoming the norm, yet there are few standards about when employees must go into the office. Some employers would prefer everyone return in person full time. Employees have not shown the same enthusiasm. The compromise that allows the best of both worlds is hybrid.

More than 50% of companies have adopted the hybrid at-will schedule, according to the At Work survey by Envoy. So, employees choose their days in the office. Nicholas Bloom, a researcher at Stanford, has found that two days in the office is ideal. This runs counter to the previous prevailing assumption by most that workers should spend three days in the office and two at home.

READ: Is Work from Home DOA?

In any case, either managers must make a hybrid schedule for the team or workers themselves must decide when to head to the office. HR Exchange Network gathered intel on what happens in the office each day of the week to help HR professionals and office workers devise the optimal hybrid schedule:

Even if Mondays can be a drag after a glorious weekend, they are known for being among the most productive days of the week. Moneypenny found that Monday at 10:54 a.m. is when most Americans say they’re the most productive, according to Entrepreneur. It makes sense. Many people are recharged after the weekend. Also, they want to get certain work accomplished to set themselves up for the rest of the work week.

For hybrid workers, Monday in the office can go either way. Employees might get one-on-one face time with leadership. More than 40% of office workers swiped into work on Mondays, according to Kastle Systems. It puts it second to Tuesday in productivity. If this is when employees get head-down work done, then HR leaders may encourage remote work. But it certainly seems to be popular for office time, too, so this might be a good day for team productivity.

READ: Is Malcolm Gladwell Right about WFH vs. RTO Debate?

Accountemps, which began surveying in 1987, has consistently found that Tuesday is the most productive day and it has been widely reported. The Wall Street Journal declared that Tuesdays – along with Wednesdays and Thursdays – are “peak office face time days.” Again, if this productivity requires quiet and independent work, employees might consider working remotely on this day rather than venturing into the office. But if workers have a team project or must collaborate regularly, then Tuesday is the best day for it.

Perhaps, workers are too busy getting their work done at home to come into the office on Mondays and Tuesdays. Wednesdays are the most popular day of the week for returning to the office, according to Kastle Systems. Many HR leaders are reconsidering the layout of their offices to accommodate gatherings for collaboration, brainstorming, and teamwork rather than independent work. Instead of offices and cubicles, there are wide open spaces, mobile furniture, and helpful technology like digital whiteboards and the like. And Wednesdays are the day to use it all.

INTERVIEW: RTO or WFH: Which Will Win?

The Wall Street Journal has suggested, “Thursday may be the new Monday when it comes to strategizing what days in the office will get you the most face time with senior leaders.” This is a chance to review the week’s work and consider what to work on next week. Often, senior executives might be available and this day may pose opportunities for one-on-one meetings. For more companies, Thursday is becoming the last day of the work week. Companies like Bolt, Kickstarter, and ThredUp are experimenting with four-day work weeks, which make Thursday the new Friday, too.

WATCH: Remote Working and Flexibility: Getting the Balance Right for Employees and the Business

“Fridays are arguably the most negligible but a jackpot office day if it is just you and the top boss,” according to the Wall Street Journal. The Washington Post’s coverage proves the point.

“As white-collar workers across the country settle into hybrid work routines, one thing is becoming clear: Nobody wants to be in the office on Friday.” Kastle found that only 30% of office workers swiped into work on Fridays in June 2022. Those four-day work weeks eliminate Friday from the hybrid work week anyway. Some employees who prefer getting out of the house like Fridays in the office because they are free from the distractions of their co-workers.

Choosing the best days to go into the office also depend on the unique culture of the organization and the preferences of the people who work there. Therefore, HR professionals should consider all the data about the days of the week in the office and their own company to determine the best hybrid work schedule. While two days are optimal on average, according to the research, the function of the employee and the company may mean a need for more or less days in the office.