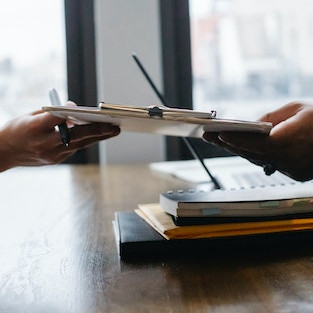 Keynote speaker, writer, and Human Resources veteran Suzanne Lucas calls herself the Evil HR Lady. While that’s a clever name for the content she creates, it’s a bit of a misnomer. She’s not evil. She’s just honest.

Recently, Lucas sat down with HR Exchange Network to share her unique take on topics, such as the possible recession and getting more women into the workforce. Her answers wil surprise you:

HREN:  Are we in a recession? If not, what is this?

SL: According to the definition of recession, two quarters of negative growth means we’re in one. It just depends on how it hits us. I don’t think it will get better rapidly. How about that?

HREN: Some people are panicking.

SL: There are many people, who panic about everything. I don’t know if you remember when net neutrality was going away and that meant the internet was going to die. That didn’t happen.

There’s plenty of panic out there. The question is if we’ll be able to balance it all. Salaries have really gone up in many areas. This has been especially true for our entry-level people. You’ve had this big jump to where this whole fight for $15 doesn’t mean anything anymore because everybody’s paying at least that. So, you have salary compression going on, and you have businesses that are strapped. The cost of goods is increasing, and the cost of labor is increasing. It’s making a perfect storm.

HREN: It’s been an employee-centric market. Employees have had all the leverage. Do you think that will last? Are we going to turn back the clock, so employers gain leverage again?

SL: This is an interesting question. Now, in many areas, the employees don’t have the advantage. If you’re entry level, if you’re blue collar, you still have that advantage. though, those people are still struggling to hire. But white collar, jobs, tech, especially HR, we’ve seen this already. People go into the job hunt, thinking that they have an advantage. And they don’t, it’s taking them longer to find a job than they thought it would. They’re really confident going in. But the reality is, is that the market is really tight in many white collar sectors.

People think, ‘I need this, I need that. I need the highest salary. I need this benefit.’ Then, they’re shocked when they don’t get a job. The question is whether the people will realize the employer has the upper hand or if employers will say, ‘Even though I have 50 applicants for this job, no one’s willing to take it for what I am offering.’ Right? There are all these people who are unemployed, but nobody’s willing to compromise. So I don’t know how that’s going to actually look. We’re starting to see that already, but people are going in really confident and asking for the moon [still].

Is Remote Work Here to Stay?

HREN: Do you think we’re headed toward a hybrid workforce? Do you think this recession will force people back into the office the way many executives would like?

SL: I think more and more people will return to the office. People can crucify me for this if they want to, but I’m not convinced that remote work is as productive as we like to think it is. We’ve seen some studies on the decrease in productivity over the past year, and the researchers say they don’t know why. And I say, ‘Well, maybe it’s because everybody’s at home, because all the studies before working from home showed far more productivity.’

Back then, to work from home, you had to prove yourself as a quality worker, and it was a special privilege. So, you had a very different group of people who were working from home. Then, we had everybody working from home. Of course, it was a mess. I mean, my kids are teenagers, but for the love of Pete, go away, child! I work at home. I don’t know how people with little kids did it.

I don’t think that working from home is the be all, end all. I’ve worked at home exclusively for 14 and a half years, so I’m not bashing working at home. It works for me, but it doesn’t work for everybody. Also, we’re seeing people, who are working from “home,” meaning they’re traveling. You see these confessions like, ‘I got called into an emergency meeting, but I’m on a plane. What excuse can I give when my boss wants me to turn on my camera?’

Those people are ruining it for the rest of us. There’s this idea of working from home as a free for all or for people who don’t have childcare. Nobody had childcare during spring of 2020. Fine, we we do what we have to do. Now they’re choosing to save money, and I get it. Childcare is obscenely expensive. I’m so glad that my kids are past that phase. But you can’t put in a full 40 hours and be a full-time parent at the same time.

Is Childcare Key to Recruiting Women?

HREN: Do you think employers need to do more for childcare?

SL: Or is the problem employers doing more [for childcare]? While it sounds nice, providing childcare doesn’t benefit a large enough percentage of your population. The average U.S. family now has something like 1.9 kids per woman. So most people will have two or fewer.

If you see companies pouring into that, that’s really good. But it is for a very small percentage of the population, so your return on investment is not great. Because we no longer have this idea that we’re going to stay at this company for 25 years, the employer pours everything into us and our babies. They give us this amazing thing, right? They subsidize childcare. To be fair, my husband’s company had onsite daycare when my oldest child needed it, so she went. Even subsidized, it was obscenely expensive because childcare is expensive. But my husband’s not at that company anymore. He left. Our daughter was there for three years, from the time that she was two until she was five and a half. Then, he got another job.

There wasn’t even a consideration of, ‘Oh, I’ve been so grateful for this company that has provided me with childcare.’ Now, we don’t need it anymore. So it’s, it’s a short-term retention strategy, but it’s not going to keep people for 20 years. So it’s a really popular thing to talk about. Yes. But I’m not quite sure that the retention benefits are really their long term.

HREN: How do you suggest that employers attract more women, then?

SL: If you want more women in the workforce – and I do think that it is important for many reasons – the way to do it is to offer more part-time professional work. When my oldest was born, I went to work part time, and I was very lucky. I had been at the same company for three years when she was born, I had a really good relationship with my boss, I had really proven myself. When I said, ‘I can’t come back into the office,’ my boss said, ‘Well, I have to find something you can do.’ So, she gave me project work to do from home, which was amazing, but also not very common.

Then, when my daughter was 2, I was working for the same company, and I began a job share. The woman who replaced me in my full-time position had a baby nine months after I did. Then, we both came back together when my kid was two and hers was one, and we did a job share. Every one of my friends was jealous. The ones who worked full time were jealous. The stay-at-home moms were jealous. There wasn’t a single person I knew who was like, ‘Oh, well, I’m really happy being full-time, stay-at-home mom, or ‘I’m really happy being a full-time employee.’ If you want more women in the workforce, make it easier to job share. Make it easier to work part time because that’s what a lot of people want.

Do you agree that job sharing and part-time work is more important than benefits like childcare or even remote work? Let us know in the comments.

Photo by Sora Shimazaki for Pexels